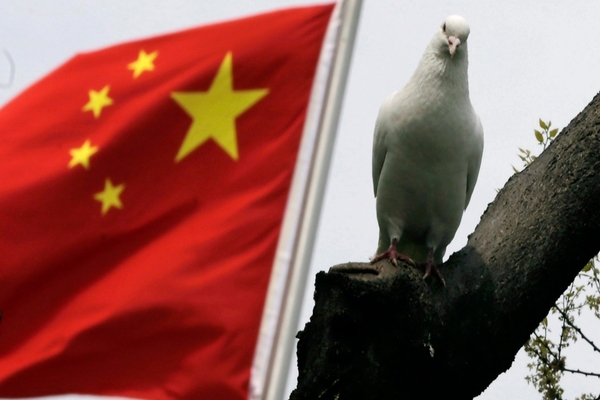 The first case of H10N3 strain of bird flu passed to a human has been detected in China, local authorities assure the world large scale spread risk is “low.”

AP reports in eastern China, a 41-year-old man has contracted the strain and was hospitalized April 28. He remains in stable condition, and his contacts have not reported any “abnormalities,” states the National Health Commission (NHS) website.

The health commission said the infection was a result of accidental cross-species transmission. The risk of widespread transmission is low, Chinese officials said, and there are no other human cases of H10N3 reported elsewhere in the world.

“This infection is an accidental cross-species transmission,” its statement said. “The risk of large-scale transmission is low.”

While it’s possible for some of these viruses to jump from birds to humans, they so far don’t have the capability of transmitting between humans, said Jürgen Richt, a professor at Kansas State University and director of the Center on Emerging and Zoonotic Infectious Diseases with the National Institutes of Health.

“This is our biggest fear,” said Richt, who also directs the Center of Excellence for Emerging and Zoonotic Animal Diseases for the Department of Homeland Security. “If they were to transmit human to human, then we would be at a worse situation than COVID-19 in terms of case fatality rates.”

According to the Centers for Disease Control and Prevention, the most well-known avian flu strain, H5N1has a 60 percent mortality rate, but the U.S. has not reported any infections among humans.

While many different strains of avian influenza are currently in China, there have been no significant human infections since the H7N9 strain killed about 300 people from 2016-2017, Reuters reported.

The government cable told a story of Chinese officials outright misleading American officials about the 2006 bird flu outbreak while engaging in a media blackout and disseminating “misinformation.”

The storyline included a man visiting “wet markets” in Guangzhou.

On the same day, the man died of avian influenza; the cables say top Chinese public health officials from Guangzhou claimed to a U.S. medical military delegation not a single reported case of avian influenza – either human or animal – had occurred in over a year in Guangdong province.

Also, the cable said that throughout the ordeal, China never contacted the World Health Organization to warn them about the outbreak.