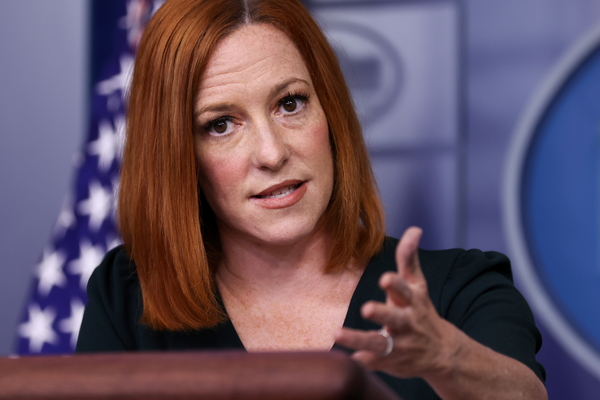 “Our view continues to be though that every platform, whether it’s Facebook, Twitter, any other platform that is disseminating information to millions of Americans has a responsibility to crack down on disinformation,” White House press secretary Jen Psaki said.

During the daily White House press briefing, Psaki commented on the extended suspension of the former president.

She indicated her disapproval of Trump’s behavior on social media, especially the statements that fueled the January 6 Capitol Hill riots.

“I think as we look at it, we learned a lot from President Trump, the former president, over the last couple of years about his behavior and how he uses these platforms,” Psaki said.

A new set of rules to govern public officials on their platform was revealed on Friday, warning that Trump posed a “serious risk to public safety.”

“Given the gravity of the circumstances that led to Mr. Trump’s suspension, we believe his actions constituted a severe violation of our rules which merit the highest penalty available under the new enforcement protocols,” the statement from Facebook read.

Psaki said the decision by Facebook was made as “a private sector company” and that she would wait to see whether Trump would ever be reinstated.

“Feels pretty unlikely that the zebra’s gonna change his stripes over the next two years,” she said, referring to Trump. “We’ll see.”

Trump replied to the news of his suspension on Friday, accusing the social media platform of “insulting” his supporters.

“They shouldn’t be allowed to get away with this censoring and silencing, and ultimately, we will win. Our country can’t take this abuse anymore!” Trump wrote in a statement.

Trump, who has continued to falsely insist that the election was “rigged” and that he beat Biden, quickly followed with another brief statement directed at Facebook CEO Mark Zuckerberg.

“Next time I’m in the White House, there will be no more dinners, at his request, with Mark Zuckerberg and his wife. It will be all business!” Trump wrote.