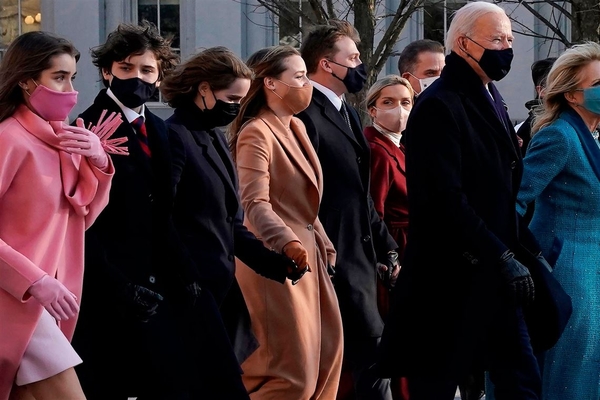 The grandchildren of President Biden received a $100,000 trust from former FBI Director Louis Freeh. According to emails obtained by the New York Post, Freeh was seeking “some very good and profitable matters” with Biden.

The emails reportedly originated from the water-damaged laptop of Hunter Biden and apparently showed the gift was made in April 2016 – while Biden was the outgoing vice president. The gift came before Hunter Biden received an email from Freeh stating that he “would be delighted to do future work with you.”

The alleged emails showed on July 8, 2016, Freeh wrote, ” I also spoke to Dad a few weeks ago and would like to explore with him some further work options. I believe that working together on these (and other legal) matters would be of value, fun, and rewarding.”

Another email that Freeh wrote on March 12, 2017, to Hunter. saying he saw Hunter’s father, Joe Biden, walking back from church, noting, “I would still like to persuade him to associate with me and FSS—as we have some very good and profitable matters which he could enhance with minimal time.”

The “initials FSS are an apparent reference to the law firm of Freeh Sporkin & Sullivan, where Freeh, a former federal judge, was a partner at the time,” reports the New York Post.

One month later, more alleged emails show Freeh wrote to Hunter again. “As you know, our family foundation made a $100K contribution to Hallie’s children’s trust last year,”  Freeh said about “the gift he made to the trust for the children of Hunter’s late brother, Beau Biden, who died of brain cancer in 2015, and Beau’s wife, Hallie, with whom Hunter later had an affair.”

The same email shows Freeh stating he made an accounting error via an improper “foundation gift” that would be remedied by “a new $100k gift” once the foundation reimbursed the $100,000.

Reportedly, Hunter Biden responded the dame day, “Thank you so much and of course no burden at all. Speak to you soon.”

Freeh’s background as provided by the FBI directory:

During this time, Director Freeh was the lead prosecutor in the “Pizza Connection” case, the largest and most complex investigation ever undertaken at the time by the United States government.