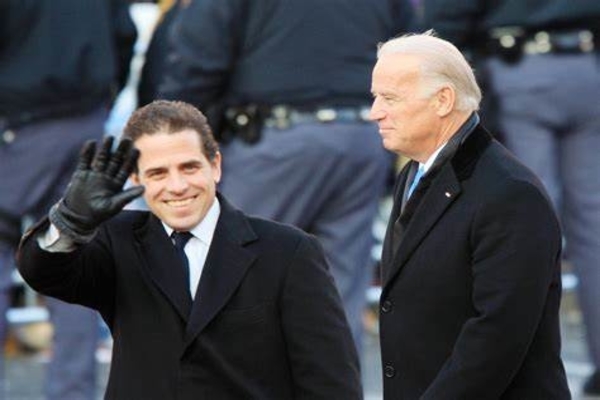 The federal prosecutor investigating Hunter Biden last summer fear that the outcome of the presidential race would be impacted; therefore, he decided to hide the investigation until after the 2020 election, as revealed Friday by Politico.

The U.S. Department of Justice (DOJ) officials led by David Weiss, the U.S. attorney in the Biden family’s home state of Delaware, delayed the Hunter probe last summer, postponing their pursuit of search warrants and issuing grand jury subpoenas, as explained by Politico:

[Weiss] decided to delay taking any actions that were likely to make the existence of the Hunter Biden probe public. Concerns about affecting the presidential election loomed large when Weiss entertained arguments about advancing the probe, according to the person involved in the discussions. No matter what he did, the decision was sure to come under scrutiny for signs of politicization.

Ultimately, Weiss agreed with DOJ colleagues who convinced him to wait in advancing the probe until after the presidential race, and it was best to err on the side of caution and delay.

Politico noted, “They advised [Weiss] to avoid taking any actions that could alert the public to the existence of the case in the middle of a presidential election.”

Last summer, the U.S. attorney ignored others wanting to move forward despite the presidential race.

Politico conceded that advancing the Hunter probe amid the presidential election may have benefitted former President Donald Trump’s campaign, noting:

Weiss’s decision to avoid revealing the investigation in a highly charged political atmosphere — a move that might have boosted Donald Trump’s campaign, even at the cost of politicizing the probe — was consistent with his sober-minded approach to his job, said people familiar with Weiss’s career. But so too, they said, is the fact that the probe continues, with most expecting that Weiss will not drop the case until making a full assessment of Hunter Biden’s culpability.

Weiss continues to hold the sensitive DOJ position as Delaware’s U.S. attorney, where he will be allowed to decide the handling of the probe into Joe Biden’s son.

Weiss was appointed to the U.S. attorney position in 2017 at the recommendation of Delewar’s two Democrat senators.

The Hunter Biden investigation began in 2018 with leads from business associates linked to his business dealings with China.

At first, investigators desired to go after Hunter over money laundering and violations of the Foreign Agents Registration Act.

Once Biden secured victory, On December 9, Hunter announced he was under a federal investigation for tax issues, claiming his innocence.

The existence of the probe on Hunter came before the election as the laptop with incriminating files was reported to belong to Hunter.

In October 2020, the New York Post first reported the contents of the so-called “laptop from hell” that was confiscated by the FBI, which covered Hunter’s business dealings with China and Ukraine.

According to the newspaper, one email suggested Joe lied about not knowing of his son’s shady business dealings abroad. Tony Bobulinski, Hunter’s former business partner, made similar accusations after the Post‘s exposé.

Some Republicans request a special prosecutor be appointed to protect the investigation from the influence of the Biden administration.

Last December, an anonymous source was cited, as Hunter announced he was the target of a federal investigation, CNN acknowledged the probe had resumed after a hiatus during the elections,

Federal prosecutors in Delaware, working with the IRS Criminal Investigation agency and the FBI, are taking overt steps such as issuing subpoenas and seeking interviews, the person with knowledge said.

Activity in the investigation had gone covert in recent months due to Justice Department guidelines prohibiting overt actions that could affect an election, the person said.

Counterintelligence concerns over some business transactions made by Hunter with officials from China have been reported by the FBI.

President Biden vows he will not to interfere with the DOJ’s probe into Hunter.