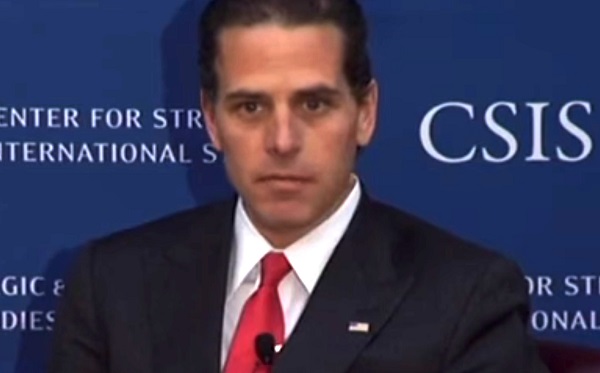 Johnson said, “I think it’s pretty odd that quite honestly the Biden campaign all they’ve done to deny this is to say that the meeting one of these e-mails revealed that Vice President Biden had with the number three in control of Burisma never showed up on his official calendar. There’s all kinds of meetings that didn’t show up on his official calendar. This wouldn’t surprise me if this one didn’t. The first thing after we got contacted by the whistleblower the day after we issued our report on Ukraine was, you know, we contact the FBI and determine is this story true? Can you verify any of this? And took a couple of days to basically give us no information.”

He continued, “So I just sent another letter yesterday because the FBI has a duty to inform us if they believe this was maybe Russia disinformation, they should give us a defensive briefing and tell us about that and if, for example, they also believe that what information this whistleblower gave us is fraudulent that would also be a crime and FBI should tell us that. So we’re trying to assess out of the FBI what do they know and when did they know it, but the larger question really is, if they had this information, and these are genuine e-mails, and it would probably reveal all kinds of things that would have been very relevant to the impeachment case why did they sit on it? Are they covering up just because Hunter Biden might be engaged in things that also maybe should have been investigated and possibly prosecuted? Do we have two systems of justice, one for Democrats and one for Republicans one for the well-connected versus one for the rest of the Americans that’s really the larger issue here at play?”

Johnson added, “This isn’t a standard investigation where if the FBI doesn’t indict somebody that everything remains confidential. This is something that as we were talking about relates to national security and if there’s criminal activity involved that could be tied to Hunter Biden or his business associates or even possibly tie it back to other members of the Biden family. As some of these e-mails indicate that Joe Biden was fully aware of he was taking his 10% cut or requiring 50% from his family member’s salary, this needs to be known before Americans go to the polls.”