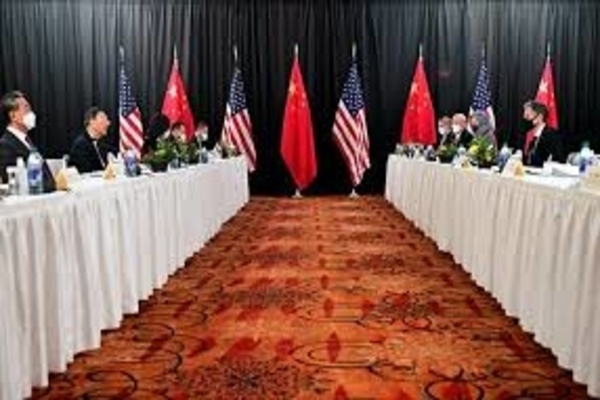 The summit was the first bilateral meeting between the two countries under President Joe Biden.

The White House insisted that the summit take place on home soil.  Press Secretary Jen Psaki promised Thursday, concerns about human rights in China would be brought up by the U.S.

But when Blinken spoke of the “rules-based international order,” and expressed “deep concerns” with China’s behavior in “Xinjiang, Hong Kong, Taiwan, cyberattacks on the United States, economic coercion toward our allies,” Jiechi struck back.  Jiechi said,  “We hope that the United States will do better on human rights. The fact is that there are many problems within the United States regarding human rights, which the U.S. itself admits,” he said in a 15-minute speech that appeared to irritate Blinken.

He added that U.S. Human rights issues were “deep-seated… and did not just emerge over the past four years, such as black lives matter”.

While objecting to what he called a violation of diplomatic protocol, he said the U.S. could not lecture China from a position of strength.

Jiechi made claims that the U.S. had “deep-seated” human rights problems:

Blinken stated that in discussions with allies, he hears “deep satisfaction that the United States is back, that we’re re-engaged with our allies and partners,” and “deep concerns about some of the actions your government is taking.”

He added that a “hallmark” of American “leadership” was that the U.S. was willing to admit its mistakes — that it was engaged in “a constant quest to form a more perfect union,” but confronted its challenges “openly” and “transparently.”