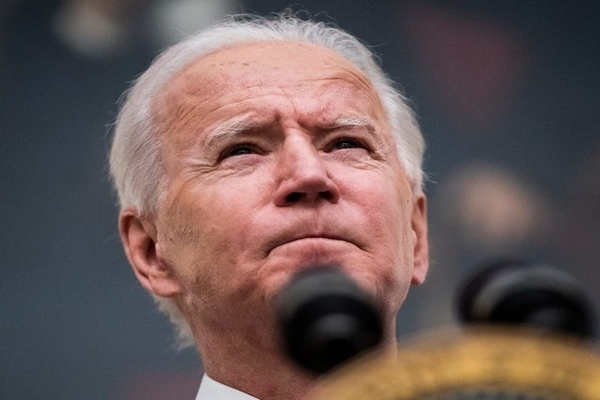 According to a Rasmussen Reports survey released Monday, President Biden is doing a “poor” job handling Afghanistan, as indicated by a majority of U.S. voters who also believe Americans will be abandoned in Afghanistan after the August 31 deadline.

The survey asked respondents, “How would you rate the Biden administration’s handling of the current situation in Afghanistan?”

Politics strongly influences views of how Biden is handling Afghanistan. Fifty-three percent (53%) of Democratic voters rate the administration’s handling of the current situation in Afghanistan as good or excellent, but only 16% of Republicans and 24% of voters not affiliated with either major party share that view. Seventy-eight percent (78%) of GOP voters rate the Biden’s administration’s handling of Afghanistan poor, an opinion shared by 24% of Democrats and 57% of unaffiliated voters.

Half believe that Biden’s decision to withdraw all U.S. military forces by the Taliban-approved August 31 deadline is a “bad decision.” Just over one-third, 34 percent, described it as a “good decision.”

Fifty-three percent (53%) of Republicans believe more than 500 American civilians will be left behind in Afghanistan after the U.S. military withdrawal, a view shared by 20% of Democrats and 36% of unaffiliated voters. Forty-three percent (43%) of Democrats think fewer than 100 American civilians will be stranded in Afghanistan after the withdrawal, an opinion shared by 13% of both Republicans and unaffiliated voters.

Biden defined the mission last week as getting “as many people out as we can within the time frame that’s allotted,” instead of evacuating every American, essentially admitting Americans will be left behind enemy lines.