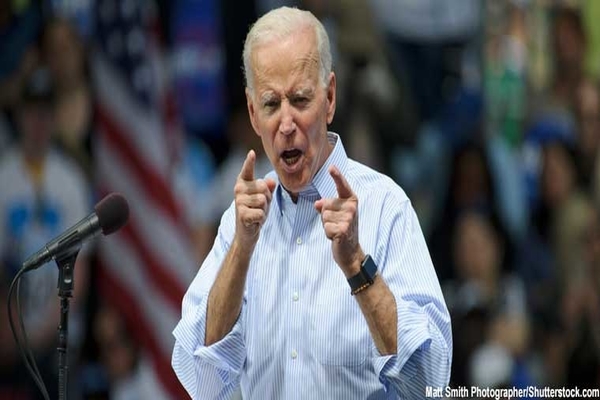 According to a CNBC report, Americans are paying more for gas now than in the last seven years; some cities see prices as high as $5 per gallon. The White House argues it is necessary.

CNBC noted that Americans are paying the highest at the pump due to the steady climb the nation has seen over the past year.

According to the American Automobile Association (AAA), on Wednesday, the national average price for gas was $3.22.

CNBC reported it the highest since “at least” October 2014, noting some states are paying much more. In California, the average price is $4.42, while in Nono County, California, the price is over $5 per gallon.

CNBC detailed the rising price of gas and the slowing demand which caused the prices to rise:

Rising gas prices comes on the heels of an oil rebound. West Texas Intermediate crude futures, the U.S. oil benchmark, traded around $77.60 per barrel Wednesday, after topping $79 in the prior session for the first time since November 2014. One year ago, a barrel of WTI fetched about $40.

Demand for petroleum products plummeted in 2020 as the pandemic shut economies worldwide, prompting producers to turn off the taps. Though demand has recovered as people hit the road and business activity picks up, supply has remained constrained. Producers have been slow to return barrels to the market, and Hurricane Ida exacerbated the supply and demand imbalance when it knocked production in the Gulf of Mexico offline.

In the face of rising oil prices, some thought the coalition of oil-producing nations known as OPEC+ would opt to increase output. Instead, the group decided Monday to stick to a previously agreed upon schedule to return 400,000 barrels per day to the market in November.

The higher oil price makes higher gas prices, translating to over a dollar per gallon more than last year.

However, the White House indicated governments across the globe should not back out of green energy commitments.

During the daily briefing, White House press secretary Jen Psaki was asked if the White House is concerned that fuel shortages in Europe will impact green energy pledges ahead of the Glasgow Climate Change Summit in December.

“We certainly hope not,” Psaki replied, pointing to ongoing conversations with world leaders about the upcoming conference.

“Certainly, we all want to keep gasoline prices low, but the threat of the crisis — the climate crisis — certainly can’t wait any longer,” she concluded.