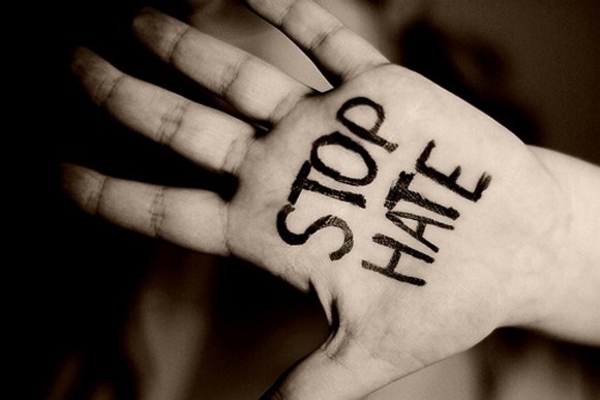 A black student in Missouri admitted plastering graffiti in several high school bathrooms, leading to an excess of 1,000 students walking out in protest.

The black student admitted to penning “HOPE ALL BLACK PEOPLE DIE” and “N****r in many bathrooms in Parkway Central school reported the St. Louis Post-Dispatch.

According to the report, racist graffiti was discovered by district officials at Parkway North school; they believe another vandal may have drawn it.

Students protesters “cursed and shouted at school administrators” with blow horns while pointing out this is not the first incidence of racist graffiti and demanding answers to how the school policies will change, the Post-Dispatch reported.

“No justice, no peace,” some of the students chanted during the protest and passed around a megaphone to talk about their experiences of racism in school.

“I am sick and tired of people getting racially profiled,” said Catherine Arlena Lopez-Reyes, one of the protesters. “I just want to say to the school, do better.”

Yahoo News reported the announcement from the school district stating the graffiti found in Parkway Central’s bathrooms was a “hate hoax.”

Keith Marty, the Superintendent, wrote to parents that a black student was responsible for the graffiti at Parkway Central.

“This does not diminish the hurt it caused or the negative impact it has had on our entire community,” Marty wrote, adding:

The student is facing severe disciplinary consequences and referral to law enforcement for investigation. Parkway will continue to hold students responsible for any behavior that threatens or degrades others in our school community.

“We cannot presume the reasons a student would do this,” he said.

“Students proactively led walkouts at multiple Parkway high schools, and in these moments, many students shared personal experiences of racism throughout their lives and at school,” he wrote.

Brittanee Jackson, a senior protester, admitted it was “embarrassing” to know the racist slurs had been written by a black student but added the students’ anti-racism message was still crucial to the Post-Dispatch.

She added, school officials should work to establish a more specific policy to prevent racism.

“If we’re going to a school that is very diverse, that’s probably one of the first things that should be done,” Jackson said.

The district has encountered similar incidents in the past, according to the Post-Dispatch.

In 2017, a nonwhite student wrote “White Lives Matter” and a racial slur in a Parkway Central bathroom.

Earlier this year, two 18-year-old individuals, one of whom was black, were charged after spray-painting racist graffiti on Kirkwood High School and Nipher and North Kirkwood Middle Schools exterior.