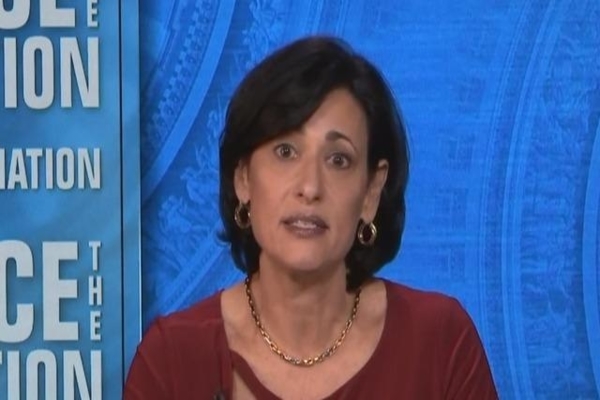 Rochelle Walensky, director of Centers for Disease Control and Prevention, on this week’s broadcast of Fox News Sunday, stating to get children back to school amid the pandemic, “a lot more resources” are needed.

“So you’ve talked repeatedly here about mitigation enter guidelines depend on schools spending money to make the environment inside the classroom, inside the building more safe. But I want to put this up on the screen as part of his COVID relief bill. The president wants $130 billion for those improvements to schools. But having said that, Congress has already approved $68 billion, and so far as school districts have only spent 4 billion of that 68 billion. Isn’t the $64 billion that’s still in the pipeline, enough money maybe not to solve all the problems but to get a lot more kids back to school?” asked anchor Chris Wallace.

Walensky said, “These need space, they need to de-densify their classrooms, they need staffing, they need nurses, another layer of mitigation would be school screening to keep folks safe even after vaccination. So I think we need a lot more resources in order to get the schools safe. If one of the things that’s really been emphasized in the school reopening is how unsafe some of our school ventilation systems are. That’s a problem not just for SARS-CoV-2 but for other respiratory viruses, for children with asthma, for exposure to mold. I think that there’s a lot of work that we need to do in order to get our children, our schools’ safe environment.”

CNN reports, “Biden’s pledge to reopen most American schools within his first 100 days in office is in danger of going off the rails as teachers’ unions hold firm on their demands for new safety measures amid conflicting messages from the administration and public health leaders.