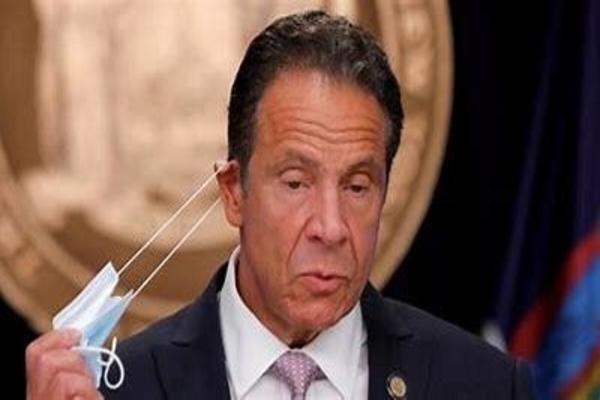 On Tuesday, Gov Cuomo (D-NY) denied allegations of sexual misconduct that New York Attorney General Letitia James laid out after the conclusion of an independent investigation; he signals he has no plans to resign.

“I never touched anyone inappropriately or made inappropriate sexual advances,” Cuomo said in a pre-recorded video, which included an eyebrow raising montage of photos of the governor hugging and kissing constituents and lawmakers over the years. “I am 63-years-old. I lived my entire adult life in public view. That is just not who I am, and that is now who I have ever been. It’s important to me that you fully understand that.”

“My job is not about me. My job is about you. What matters to me at the end of the day is getting the most done I can for you. And that is what I do every day. And I will not be distracted from that job,” he added.

The findings of a nearly five-month investigation were released earlier on Tuesday; Cuomo was accused of sexually harassing multiple women while he oversaw the office with a “hostile work environment” that is “rife with fear and intimidation.”

The probe included over 74,000 pieces of evidence and interviews with 179 people:

Cuomo has always denied touching anyone inappropriately but initially said he was sorry if his behavior was “misinterpreted as unwanted flirtation” by women. However, in recent months he has questioned the motives of his accusers and critics.

Cuomo has questioned the neutrality of lawyers the attorney general hired to investigate the allegations. One of the attorneys, Joon Kim, was involved in an investigation of corruption by people in Cuomo’s administration while a federal prosecutor in Manhattan. Cuomo has not expressed why he believes Kim would be biased.

Expectably, the attorney general’s report will play an essential role in the ongoing state Assembly inquiry of whether there are grounds for Cuomo to be impeached.