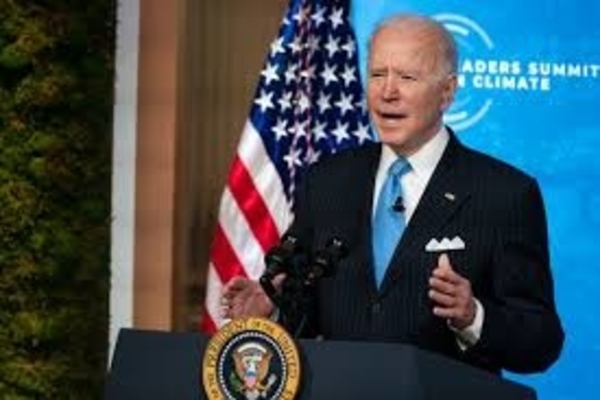 The seventh district is a prime target to Republicans to flip in the 2022 midterm elections; Republicans have traditionally held the district for decades. Malinowski beat Republican state Sen. Thomas Kean Jr. in 2020 by only 1.2 percent. Hillary Clinton won the district by one percent in 2016.

Malinowski, the two-term Democrat, said during “Congress in Your Kitchen” virtual town hall on June 4th, Biden infrastructure plan contains many items that many Americans would not consider infrastructure during the town hall. He noted many Republicans had criticized Biden’s proposal for not focusing more on traditional infrastructures, such as roads, tunnels, and bridges.

President Biden, on the other hand, proposed a bill that defines infrastructure more broadly… and, on top of that, included some things that probably most people would not think of as infrastructure but that many of us think are really important for the country.

Malinowski said he hopes to lead America from fossil fuels to clean energy, which could devastate New Jersey jobs. His clean energy transition could risk 142,000 jobs, and energy costs would increase up to $292 per month.

He outlined, “On top of that, what I’m really pushing hard for is an investment that will help America lead the world in the transition from fossil fuels to clean energy.”

The Democrat added that the infrastructure bill has “got” to include some clean energy provisions.

Malinowski’s admission of the nature of Biden’s infrastructure bill comes as Biden is desperate to strike a deal with Republicans. Democrat’s legislative agenda has hit a stop after passing the partisan $1.9 trillion coronavirus bill; their future will be determined by the ability to pass an infrastructure bill.

Republicans are supporting a bill that spends less than one-quarter on roads, tunnels, and bridges.

Malinowski commented last week he wished for the infrastructure to have bipartisan support.

“It would be better if we did this as a unified Congress, as a unified country,” Malinowski told CNN the day before his virtual town hall. “But the bottom line is, one way or another, we have to do it. We have to deliver.”

Malinowski said the passage of the infrastructure bill is critical to his reelection.