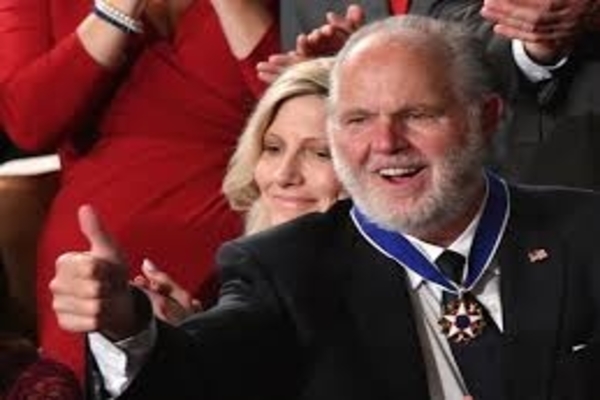 “Lowering to half-staff the flag of the United States of America is a sacred honor that pays respect to fallen heroes and patriots. It is not a partisan political tool,” Fried said in a statement obtained by WFLA. “Therefore, I will notify all state offices under my direction to disregard the Governor’s forthcoming order to lower flags for Mr. Limbaugh – because we will not celebrate hate speech, bigotry, and division. Lowering the flag should always reflect unity, not division, and raising our standards, not lowering them. Our flags will remain flying high to celebrate the American values of diversity, inclusion, and respect for all.”

DeSantis said on Friday that Florida would fly its flags at half-staff when the body of Limbaugh is laid to rest.

“There’s not much that needs to be said. The guy was an absolute legend,” the Governor stated. “He was a friend of mine and just a great person.”

Plans for Limbaugh’s funeral have not been announced as of Monday afternoon.

His wife Kathryn Limbaugh announced the passing of Rush at the beginning of Wednesday’s radio program.  He died at the age of 70 following a battle with advanced lung cancer.

Limbaugh hosted the Rush Limbaugh Show for 32 years. His battle with stage 4 lung cancer began in January 2020.  President Donald Trump awarded him the Presidential Medal of Freedom during the State of the Union on February 4, 2020, just days after announcing his diagnosis.