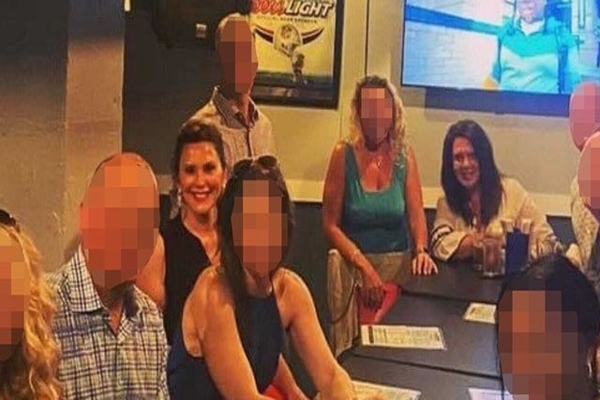 Michigan Gov. Gretchen Whitmer (D) violated her own coronavirus orders by going to a bar this weekend, according to an exclusive photo obtained by Breitbart News.

According to a photo one of the attendees posted on Facebook, violating her restaurant orders, Whitmer, along with her appointed chief operations officer Tricia Foster, joined a large group of friends at Landshark in East Lansing.

The photo was posted Saturday. Whitmer’s friend deleted the collage and reposted it as sans the governor and one of her top aides:

b. Gatherings are prohibited at food service establishments, whether indoor or outdoor, unless:

Whitmer’s group did not wear masks; a bouncer could be seen with his face covered.

“Now Whitmer has once again completely disregarded her own rules. Whitmer orders rules she and her staff don’t follow themselves while Michiganders and businesses suffer. Whitmer must end her restrictions immediately.”

Michigan Freedom Fund called on Whitmer to lift all orders this week, a recommendation the governor ignored.

In April, Foster was caught by Breitbart News ignoring Whitmer’s demand to not travel to Florida for spring break. Foster and unvaccinated teens traveled to the Keys, leaving one of her children home “with covid.”

Whitmer ditched her reopening plan this week; it required benchmarks to be met to be lifted. Instead, she ordered certain restrictions to be eased on June 1 and all orders to be removed July 1.