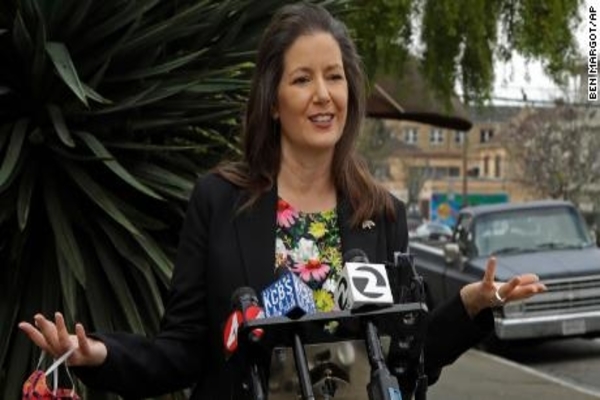 “An estimated 10,000 of Oakland’s 435,000 population are white residents who live in poverty.” Still, they will receive nothing, and only because they are white, reports the Daily Mail.

Here is how you qualify for Oakland’s no-questions-asked $500 a month:

The project’s payments will be unconditional, and recipients may spend the money however they choose.

According to Associated Press, the reason whites are excluded, “White households in Oakland on average make about three times as much annually than black households.”

However, while poor whites are excluded based only on the fact they are white, illegal aliens qualify for the $500 per month.  Per Yahoo, the $500 is not taxable, “and undocumented and/or unsheltered individuals also qualify.”

The city is claiming the fund is from private funding as a way to get away with racism.

The Fourteenth Amendment, ratified after the Civil War, includes the Equal Protection Clause in Section 1, providing that no state shall “deny to any person within its jurisdiction the equal protection of the laws.” A century-and-a-half of jurisprudence has established that if any government discriminates among citizens based on race, its policy must meet the standard of “strict scrutiny:” it can only do to achieve a “compelling governing interest,” and must be “narrowly tailored” to do so.

Schaaf’s program will serve black, indigenous, and people of color “BIPOC” people “with low incomes and at least one child under 18, regardless of documentation status.” It claims that “BIPOC” groups are those that suffer “the greatest wealth disparities.” The program has two separate tiers of “low-income” groups; participants will be screened through “considerable community outreach” and an online form. Only then will the qualifying families be chosen “randomly” to receive the monthly cash payments for up to 18 months.

Even if reducing wealth disparity in San Fransisco Bay area is a “compelling government interest.” A poor white person suffers just as much from “disparity” as a poor black person. Oakland’s new program discriminates against approximately 10,000 white people living in poverty.

Schaaf claims that “Oakland Resilient Families” will “undo centuries of economic and racial injustice, and point us all toward a more just society.” But racial discrimination will be reintroduced.

Schaaf was a target of Black Lives Matter during the riots of last summer.  Her home was vandalized.  Her new policy reads as an attempt to appease the racially- motivated mob.

Democrats have run Oakland for the past 50 + years.  Let’s remember that if we believe there is a “systemic racism” problem in Oakland.

Oakland closed 2020 with the highest murder rate in 8 years. Last year, Oakland was named one of the most dangerous cities in America.