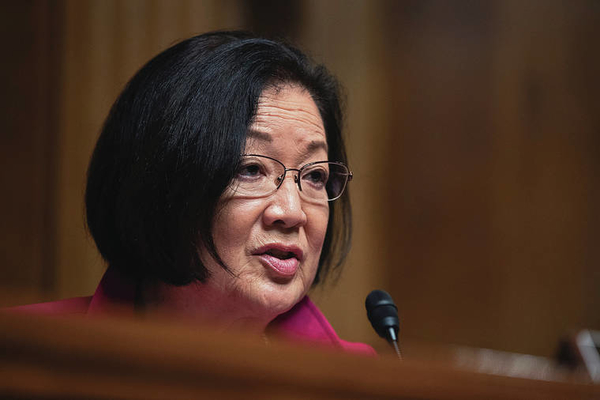 Telling CNN “New Day” she does not have “very many questions” because “we were all witnesses” to Trump’s wrongdoing.

“Well, frankly, all of us were witnesses to the horrific events of January 6. So, I don’t have very many questions, frankly,” Hirono outlined. “We were all witnesses, unlike the last impeachment trial. And I think the House managers will bring all of the information and evidence and remind us of the kind of chaos and harm that happened on January 6.”

She explained that GOP senators will refuse to vote for impeachment due to “their extreme fear of Donald Trump and the Trump base.”

“Fear has been motivating the Republicans for the entire four years of the Trump presidency,” Hirono advised. “And he has brought to the floor all of these kinds of — the white supremacists and the proud boys and all that. They feel quite emboldened by this president to behave in violent acts. And so, I don’t particularly expect too many of my Senate colleagues, except for the handful, perhaps, who will look at the evidence and who will look to their own experience and the fear that we all had that if this mob caught any of us that we would have been badly hurt. And especially the house managers. They were right there. Many of them were right there when the mob had already gone into the House chambers. And they had to put on their masks and all of that. And it was a very, very frightening situation, to say the least.”