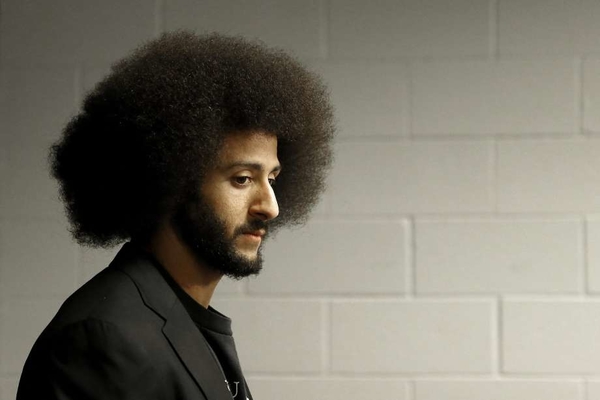 Colin Kaepernick, former NFL quarterback, and first anthem protester compared the Combine process of the NFL to a slave auction during a Netflix documentary about his life.

In the series, Colin In Black & White, the former 49er talks about the NFL prospects being “poked, prodded, and examined” for defects before the NFL Draft. The players at the “combine” then leave the NFL field and enter a mid-1800’s slave auction in which the white landowners examine slaves for purchase.

Kaepernick says this is how “they” establish a “power dynamic.” In closing the scene, the NFL coach and auctioneer are shaking hands against the backdrop of bonded slaves, aiming to link the process of professional athlete selection with slavery.

However, there are not-so-subtle differences between the NFL Combine and slavery. NFL players choose to be part of the combine process, not captured and sold. They are free to leave anytime they want, unlike slaves. NFL prospects are not beaten into submission or whipped. And not to mention, those “examined” players will be compensated to the degree most people can only imagine; a slave at auction received a lifetime of penniless servitude and tortures.

Colin Kaepernick enjoyed freedoms no slave ever had, and he walked away from the multimillion-dollar contract in San Francisco after protesting America and smearing the police during the 2016 season. Then, Kaepernick slid into a $20 million financial empire established by corporate sponsorship after leaving the NFL.

Colin In Black & White debuted on Netflix on October 29th.