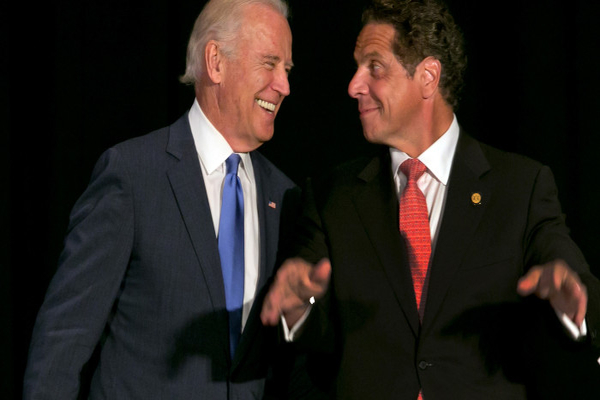 New York Governor Andrew Cuomo (D) takes leadership of conference calls regarding the pandemic since President Biden does not join in the weekly White House call with governors across the nation.

During Monday’s White House press briefing, Press Secretary Jen Psaki demanded to know how many governors he had spoken with and insisted Biden had never intended to join the calls, despite his pledge a conference call with governors after the election in November that he would work closely with them once he took office, confirming Wegmann’s report.

Gov. Cuomo is now leading the weekly conference calls between the governors and the Biden administration’s coronavirus team due to his role as head of the National Governors Association, Wegmann reported.

Andrew Cuomo now leads the calls as chairman of the National Governors Association. White House Press Secretary Jen Psaki explained that the New York governor was put in charge instead of the vice president because a change was needed. One of the reasons, Psaki told reporters in March, “is that there were operational aspects of the way the last administration approached COVID and approached the distribution of vaccines or approached planning and engagement with governors that wasn’t working.”

Governor Cuomo had received severe criticism for his policy of forcing nursing homes to accept coronavirus patients in the early months of the pandemic when the risk to older people was already well known, and there were alternatives available.

Cuomo’s administration is accused of covering up thousands of nursing home deaths. The governor also faces numerous accusations of inappropriate sexual contact and an impeachment investigation, leading Democrats from his state call for him to resign from office.

However, the Biden White House continues to allow Cuomo to lead the governors across the nation, as Biden and Harris are absent.