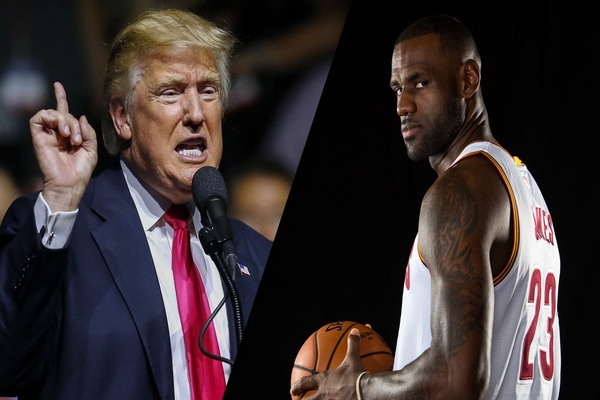 Twitter said it would not take any action on the tweet posted by Lebron James targeting a Police officer who shot a Columbus woman last week. Twitter claimed their hands are tied as James has deleted his tweet.

“YOU’RE NEXT, #ACCOUNTABILITY” tweeted James last week, along with a picture of the police officer’s face, after news of the shooting emerged.

Footage from the video revealed that the police officer took a split-second decision to discharge his firearm, as the assailant, 16-year old Ma’Khia Bryant, was about to stab another young black woman with a knife.

Lebron later deleted his tweet following backlash and mockery from other users of the social media platform.

The Arizona Republican Party went so far as to say that James’ tweet constituted a threat against an officer of the law and that he should be arrested.

“He’s worth more than $500 MILLION courtesy of our economic system, our so-called “racist” society, and some talent playing a GAME. Yet LeBron James is free to THREATEN an officer of the law. He should be arrested, not excused,” said the Arizona GOP.

No consequences for the basketball player from Twitter. The social media company said that as James deleted the tweet, it could no longer take action on the matter.

“Our teams are unable to evaluate Tweets that have been deleted since they no longer exist on our service,” a Twitter representative told the Washington Examiner.

According to Twitter’s policy language under “Violence,” account holders are forbidden to “threaten violence against an individual or a group of people. We also prohibit the glorification of violence.”

And under the subheading “Hateful conduct,” users are warned to not “promote violence against, threaten, or harass other people on the basis of race, ethnicity, national origin, caste, sexual orientation, gender, gender identity, religious affiliation, age, disability, or serious disease.”

Donald Trump wasted no time in calling out LeBron James for his divisive rhetoric. The former president issued the following statement:

“LeBron James should focus on basketball rather than presiding over the destruction of the NBA, which has just recorded the lowest television RATINGS, by far, in the long and distinguished history of the League. His RACIST rants are divisive, nasty, insulting, and demeaning. He may be a great basketball player, but he is doing nothing to bring our Country together!”

It’s not the first time James has made controversial political statements that have attracted widespread scorn.