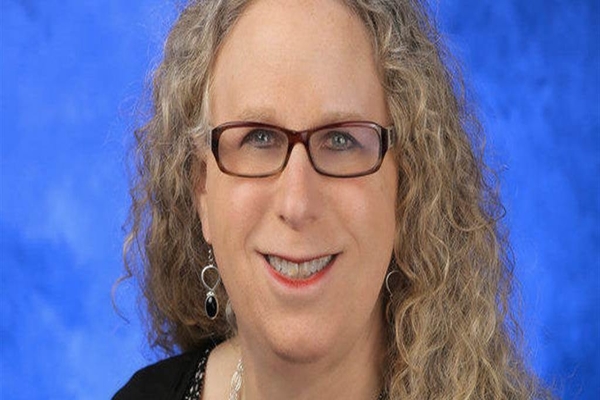 A Christian organization has been suspended from Twitter for stating Dr. Rachel Levine’s assistant secretary of health at the Department of Health and Human Services (HHS), biological sex.

Tech giants like Twitter, Facebook, and Google have been censuring mostly conservative voices in recent weeks on social media platforms, including President Donald Trump and My Pillow CEO Mike Lindell.

“You can now add Focus on the Family’s The Daily Citizen to the list,” Jim Daly, president of the organization, wrote in a blog last week.

The ongoing censorship that has taken place in the wake of a volatile election Daly wrote:

As I’ve noted before, Big Tech titans are the new emperors of the twenty-first century, wielding an inordinate amount of power by silencing individuals and organizations that don’t comport or cave to their political or social point of view.

This past week, Twitter locked The Daily Citizen for an alleged rules violation, specifically that we had posted “hateful” content. It’s simply not true. We did no such thing.

At issue was a Tweet pointing to a story about Dr. Rachel Levine, President Biden’s controversial nominee for Assistant Secretary for Health at the Department of Health and Human Services. The tweet included the following sentence:

“Dr. Levine is a transgender woman, that is, a man who believes he is a woman.”

The appeal to Twitter about the suspension was denied Daly said.

“Over the course of the last week, President Biden has been stressing the need for unity – but his actions since taking office are all about demanding uniformity,” Daly wrote. “There appears to be no room for conventional disagreement. You will comply – or be silenced.”

A list of others who have been silenced on social media is included on Daly’s blog.

• Curt Schilling — had his insurance dropped by AIG; may not make Hall of Fame today because of statements supporting conservative causes

• Brandon Eich — Mozilla CEO, ousted after it was discovered he’d privately given money in support of California’s anti-gay marriage referendum in the past

• Ariel Pink dropped from a record label for attending Trump rally, not to mention all of the people who have been fired from jobs for attending the January 6 rally, regardless of whether they even came near the Capitol

“It goes on and on,” Daly wrote. “And we’re only at the beginning of a coordinated effort to silence those of us with socially conservative convictions.”

Focus on the Family’s The Daily Citizen reports that the organization is getting support from allies:

Allies of Focus on the Family are sending letters to Twitter, declaring their support for the organization and the truth that “a person’s biological sex cannot be changed.” The effort, led by Family Policy Alliance (FPA), asks Twitter to reconsider its lockdown of The Daily Citizen for posting a tweet that defined a “transgender woman” as “a man who believes he is a woman.”

A petition started by FPA will be sent to Twitter. The petition says:

You recently banned Focus on the Family’s The Daily Citizen from your platform for stating a biological fact: A biological male is a male.

I stand with Focus on the Family. So, if you are going to ban them, are you going to ban millions of others like me who believe that biology is reality—and that freedom of speech matters in America? If your censorship continues, Twitter will become a stagnant echo chamber.

We, the undersigned, are both state and national organizations who represent millions of Americans who all hold to the truth that a person’s biological sex cannot be changed. And we will continue to speak this truth freely.

“In addition to the petition and the letter, FPA earlier today launched a Twitter campaign, #AreWeNext?. They and other supportive organizations, as well as individuals, are asking if they will also be locked out of Twitter for stating the truth that transgender-identified individuals remain the genetic and biological sex they were born, regardless of hormones, drugs, or surgeries,” reports the Daily Citizen.