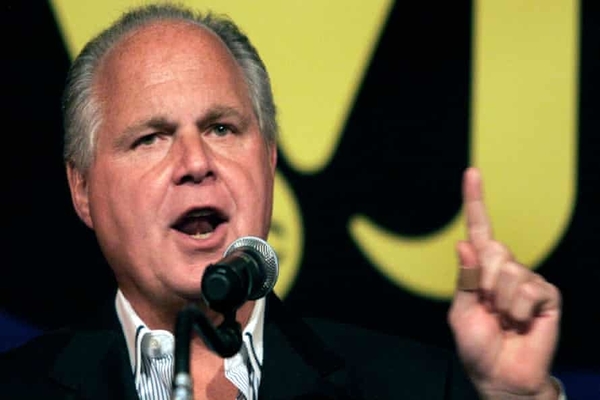 The Hollywood hate parade was led by David Cross and Amber Tamblyn with their couple insults aimed at the late radio host.

Besides [Rupert] Murdoch, John Cusack tweeted, “there has been no more destructive a practitioner of the big lie for profit in U.S. history.”

Rosanna Arquette tweeted, “It’s a real shame when someone wasted their lives spewing hate and lies.”

Rob Perlman, an actor known from Hellboy and Sons of Anarchy, extended his “deepest sympathies to the poor devil who will no doubt have to spend the rest of eternity with Rush Limbaugh.”

Actress Bette Midler has this to say.

Billy Eichner declared “hate was the brand” of Rush Limbaugh.

Adam Goldberg, an actor, said Sen. Rand Paul’s (R-KY) tweet praising Limbaugh was “by far the lowest” thing he has read about the late radio host.

Actor Kirk Acevedo tweeted, “One bigot dead.  Waiting for the rest to join him.”

Actor Luke Nell tweeted that Limbaugh “already started a radio show in Hell” and is complaining about “outsiders.”