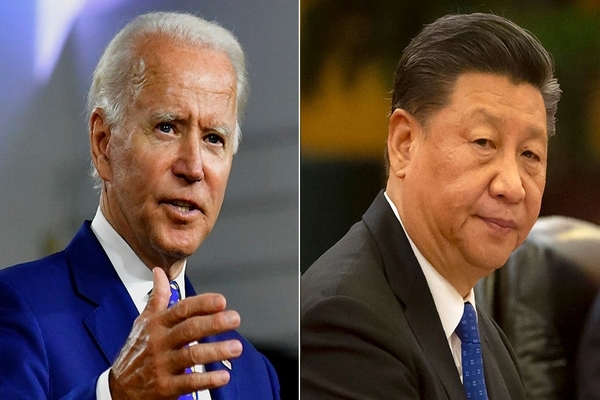 A Democratic president signs a treaty with the leader of America’s rival. The two countries, once allies, have stopped trusting each other. The U.S. president thinks he can strike a deal on one particular issue – an issue deemed a matter of life and death by his supporters. Critics say this other country can not be trusted.

The American president says this agreement is a good idea; further arrangements should be made as well. His diplomatic dealings “allow us to continue on course toward a safer work with even more substantial limitations” in the future.

The foreign leader is delighted by this deal; as he says, “In signing this treaty, we are helping to defend the most sacred right of every man – the right to live.”

At the summit, the destructive terms of the deal are brushed aside.

Does this sound a bit like the climate agreement that President Joe Biden has struck with Chinese leader Xi Jinping?

Sure, Biden-Xi is exactly what it sounds like. And yet, while the preceding paragraphs might seem to be a description of the effort by the 46th president, they are taken from the actual record of the 39th president, Jimmy Carter.

Carter traveled to Vienna, Austria, in June 1979 to meet with Leonid Brezhnev, President of the Soviet Union. The purpose of the summit conference was to sign a Strategic Arms Limitation Treaty, known as SALT II.

Brezhen was so happy with the deal he kissed Carter.

Back in the U.S., many Americans had concerns about the treaty. Phillis Schlafly, conservative author, and activist, in harsh testimony before the Senate Foreign Relations Committee, September 1979 said:

SALT II not only allows the Soviets to have the power, but also the perception of power. It is evident that SALT is so unequal, so unfair, so humiliating to the United States. It gives so many advantages to the Soviet Union that I don’t know how the Kremlin could have anything but contempt for a country that would consent to such an unequal, unfair deal.

The treaty, with widespread criticism, wilted in the Senate, never getting close to the two-thirds support needed for ratification.

Carter had to give up on getting his precious treaty ratified. In January 1980, he withdrew the deal from Senate consideration.

The 1980 Republican platform was unsparing: “The Republican Party rejects the fundamentally flawed SALT II treaty negotiated by the Carter Administration.” Once in office, Regan declared, “We’ve given up on SALT.”

A Democratic president made a foolish deal a long time ago with an adversarial superpower; he was blocked from implementing that deal and was tossed out in the next election.

Biden served his second term in the U.S. Senate and was a loud voice on the Senate Foreign Relations Committee.

Biden and his senatorial colleagues traveled to Moscow in August of that year. They held what was described as a “very cordial” meeting with Soviet leadership, hoping to smooth the ratification of the SALT II treaty. Biden and other Democrats pushed hard for SALT II, including minor modifications that Biden hoped would make it more palatable.

Let’s move on to the current time, the April 22 virtual summit on climate change; President Biden said of the issue, “This is a moral imperative, an economic imperative. A moment of peril, but also a moment of extraordinary possibilities.”

He surveyed the world leaders onscreen – including Xi Jinping of China – he added, “I’m confident that we are going to get this done together.”

Biden then pledged to reduce U.S carbon emissions by between 50 and 52 percent by 2030. The Washington Post described it, Biden’s pledge is “significantly more aggressive than the target set by President Barack Obama six years ago.”

China’s Xi Jinping, the first national leader to speak at Thursday’s summit, reiterated the nation’s pledge to “strive to peak carbon dioxide emissions before 2030 and achieve carbon neutrality before 2060.” On coal consumption, Xi said China might “phase it down” during its 15th Five Year Plan, which runs from 2025 through 2030.

If the U.S. were to abide by Biden’s CO2 restrictions, our economy would be crippled and damaged while the Chinese still build coal plants.

Biden is praised by the Main Stream Media: CNN: “Biden’s remarkable success on climate.” Biden would not admit the Chinese commitments are going in the wrong direction. Russia accounts for 5 percent of the global [email protected] emission and also promised little.

It now seems the diplomatic process must be preserved, even at the expense of the American national interest. Green groups powerful in the U.S. are outlawed in China.

And so, in 2021, in our dealings with China, we find ourselves in a situation akin to that of 1979.  Back then, Big Diplomacy, enraptured by champagne chats with the Russians in palatial settings, actively lobbied on behalf of a bad deal for Uncle Sam.

Yet this time around, SALT II supporter Joe Biden isn’t in the U.S. Senate; instead, he’s in the White House, pushing yet another giveaway agreement, this time on climate.

What we have is a Biden deal, not a Congressional deal – not an official American deal. If Republicans do well in the 2022 midterms, Biden’s agreement can be undone.

And so now today, opponents of Biden’s new deal—his one-sided deal with Xi, which is all gain for the Chinese, all pain for America, and all for nothing, climate-wise – must start making their case and preparing for the election in three years.

To be sure, the April 22 climate deal is not the only argument against Biden, and some of those arguments include eerie parallels to the 1970s. Here at Breitbart News, past articles have compared Biden’s economic policies and his energy policies to those of Carter.

Without a doubt, the Carter-Biden parallels are starting to add up.

And we know what happened to Carter.