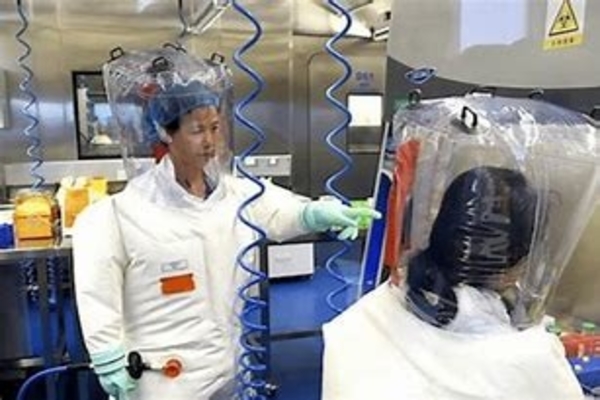 After a year-long silence, scientists now reveal they have misled the country by covering up their belief that the coronavirus lab leak theory warranted investigation.

Long story short, one more reason not to trust the scientific community.

We have here a blaring admission and reason not to believe scientific consensus about climate change or global warming or whatever the quacks call it presently.

Imagine the lies we are not hearing about or are allowing to be told if the gaggle of scientists is willing to lie through the act of omission.

[Alina] Chan was one of 18 scientists who published a letter in the journal Science last month calling for a more in-depth investigation into the virus’s origin that takes into account theories about both natural occurrence and laboratory spillovers. The letter helped kick-start a new round of calls to investigate the “lab leak hypothesis,” including demands from President Joe Biden and several leading scientists.

Chan said there had been trepidation among some scientists about publicly discussing the lab leak hypothesis for fear that their words could be misconstrued or used to support racist rhetoric about how the coronavirus emerged. Trump fueled accusations that the Wuhan Institute of Virology, a research lab in the city where the first Covid-19 [Chinese coronavirus] cases were reported, was connected to the outbreak. On numerous occasions, he called the pathogen the “Wuhan virus” or “Kung flu.”

“At the time, it was scarier to be associated with Trump and to become a tool for racists, so people didn’t want to publicly call for an investigation into lab origins,” she said.

NOTE: Alina Chan is one of the very few who did not remain quiet. However, she’s named in the NBC report. She’s maintained the validity of the lab leak theory from the beginning.

So if we read between the lines, it is obvious what happened here… A group of traitors with scientific degrees were submissive to the fabricated toxicity around Trump lead by media, politicians, and academic establishments; they turned a blind eye to something they believed to be true – that the lab leak theory warranted investigation.

When they were given a choice to tell the public the truth or to live through this discomfort of being “associated” with the person loathed by the establishment, they choose to cover up the truth to remain in the good opinion of the establishment.

Worst of all, they covered the truth because the truth would align them with the political right.

The pressure on so-called scientists about the China flu was outrageous; imagine the force being used for the continued misleading the public about global warming or climate change.

The hopes and dreams of the fascist left rest on the global warming hoax. If scientists dare to step out of line, the least of their problems would be to be called racist.

The intense intimidation around global warming is hotter than any around the lab leak. If one card gets pulled from the global warming hoax, the whole house is sure to fall.

This is yet another “conspiracy theory” that has been confirmed.

We know the scientific establishment has been lying to us throughout the pandemic, as it all lined up with the left’s fascist agenda, just like global warming does.