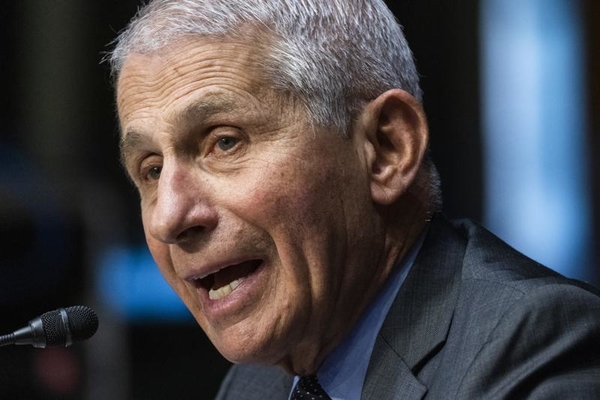 Dr. Fauci has supported the controversial gain-of-function research for a long time. According to research discovered by The Weekend Australian, he argued in support in 2012 even though it may cause global pandemics.

Fauci passionately made a case for gain-of-function research in a 2012 article published in the American Society for Microbiology. It was titled, “Research on Highly Pathogenic H5N1 Influenza Virus: The Way Forward.”

“Putting aside the specter of bioterrorism for the moment, consider this hypothetical scenario: an important gain-of-function experiment involving a virus with serious pandemic potential is performed in a well-regulated, world-class laboratory by experienced investigators, but the information from the experiment is then used by another scientist who does not have the same training and facilities and is not subject to the same regulations,” Fauci wrote.

“In an unlikely but conceivable turn of events, what if that scientist becomes infected with the virus, which leads to an outbreak and ultimately triggers a pandemic? Many ask reasonable questions: given the possibility of such a scenario—however remote—should the initial experiments have been performed and/or published in the first place, and what were the processes involved in this decision?” he added.

Fauci support that it would be worth the risk of causing a global pandemic to continue his mad science experiments strengthening dangerous viruses in laboratory settings.

“Scientists working in this field might say—as indeed I have said—that the benefits of such experiments and the resulting knowledge outweigh the risks. It is more likely that a pandemic would occur in nature, and the need to stay ahead of such a threat is a primary reason for performing an experiment that might appear to be risky,” he wrote before paying lip service to potential concerns from the skeptics.

“Public opinion (domestic and global) and the judgments of independent biosafety and biosecurity experts are also critical. If we want to continue this important work, we collectively need to do a better job of articulating the scientific rationale for such experiments well before they are performed and provide discussion about the potential risk to public health,” he added.

Once COVID-19 spread, Dr. Fauci needed to lie to keep public support behind his mad science fetish. However, the public is finally becoming aware of Fauci’s role in the pandemic.

Fauci continues to defend the controversial research, which involves strengthening viruses in mad science experiments, even after the COVID-19 pandemic has rocked the world.

“Gain-of-function research, as you know, is juicing up naturally-occurring animal viruses to infect humans. To arrive at the truth, the U.S. government should admit that the Wuhan virology institute was experimenting to enhance the coronavirus’ ability to infect humans,” Paul said.

Predictably, Fauci does not want the feds to engage in such transparency. He wants to keep pushing lies so his Big Pharma-approved bureaucrats can skirt culpability.

“You are entirely and completely incorrect that the NIH has not ever and does not now fund gain-of-function research in the Wuhan institute,” he said.

Paul correctly noted that the NIH was funding gain-of-function research through a partnership with the Wuhan virology institute and a North Carolina facility. Fauci also attempted to deny that the feds were funding research at the Wuhan institute, and Paul would not take Fauci’s fibbing lying down.

“Do you support sending money? We did, under your tutelage, we were sending it through ECO Health. It was a sub-agency and a sub-grant,” he said.

“It would have been irresponsible for us if we did not investigate the bat viruses and the serology to see who might have been infected in China,” Fauci responded.

This was when the exchange became combative, and Fauci tried talking over Paul in his great frustration over being exposed on a national stage.

“Government defenders of gain of function, such as yourself, say that COVID-19 mutations were random and not designed by man. But interestingly, the technique that [Dr. Ralph Baric] developed forces mutations by serial passage through cell culture that the mutations appear to be natural,” Paul explained, adding many other expert sources who have stated that COVID-19 was likely created in a lab.

“Will you in front of this group categorically say that COVID-19 could not have occurred through serial passage in a laboratory?” Paul asked Fauci.

“I do not have any accounting for what the Chinese may have done, and I am fully in favor of any further investigation of what went on in China,” Fauci responded before once again denying that the feds have funded gain-of-function research in Wuhan.

“You’re fooling with mother nature here. You’re allowing superviruses to be created. With a 15 percent mortality, it’s very dangerous, and it was a huge mistake to share this with China, and it’s a huge mistake to allow this to continue in the United States, and we should be very careful to investigate where this virus came from,” Paul said.”

It was clear Fauci had something to hide as he squirmed in his seat during Paul’s questioning. As the public sees more evidence, it is becoming clear that Fauci deserves to be put on trial for crimes against humanity.