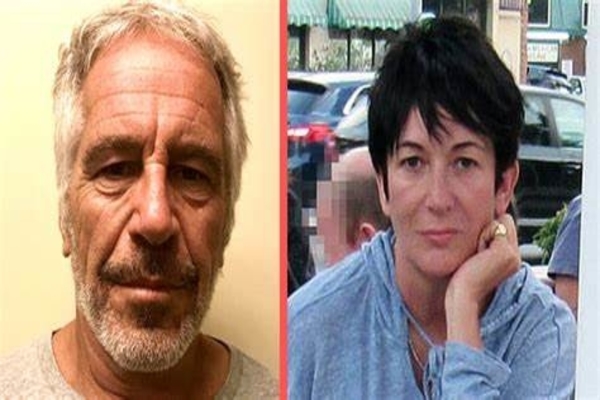 Some New York City socialites are rushing to bury evidence of the connections with the deceased pedophile Jeffery Epstein and Ghislaine Maxwell, his accomplice.

Page Six reports these privileged elites are worried about the upcoming BBC documentary about Maxwell, as her high-profile allies are set to be exposed to the masses.

“All members of higher society in New York refused to talk to the BBC. Some people are buying the copyrights to photos both in London and New York to remove the pictures from the market that shows them with Ghislaine and/or Epstein,” an insider said to Page Six.

“I bet that people in NYC high society aren’t lining up to speak to the BBC,” another individual told the tabloid rag.

“The Fall Of The House Of Maxwell” is set to air on BBC sometime after Ghislaine’s trial in November. It will also profile her late father, Robert Maxwell, who was an Israeli spy and double agent that died under mysterious circumstances in 1991.

Big League Politics has reported about the Maxwell and Epstein’s Israeli ties, which experts have stated were the linchpin of their entire pedo blackmail sex tape operation:

“Philip Girardi, a former CIA counter-terrorism expert who became a non-interventionist and whistleblower against the deep state after leaving the agency, is dishing the dirt about deceased pedophile Jeffrey Epstein.

While the fake news is desperate to suppress the Epstein story following his mysterious death (Note: Big League Politics has been flagged twice by Facebook’s thought police for reporting the truth about Epstein), Girardi is giving his vital insider analysis about why he believes Epstein was killed.

Girardi believes that Epstein set up “honey trap” operations for the Israeli Mossad. He allegedly flew powerful people on his private jet to his exclusive island to gather evidence of their secrets that could make them controllable.

“There is no other viable explanation for his filming of prominent politicians and celebrities having sex with young girls,” Giraldi wrote in the American Herald Tribune in August 2019. “Epstein clearly had contact with former Israeli Prime Minister Shimon Peres, and Ehud Barak and [Epstein’s client Leslie] Wexner also had close ties to Israel and its government.”

Former Israeli Prime Minister Ehud Barak is well-known for being a close associate with Epstein, even traveling to his lavish New York City mansion on at least one occasion.

“I was there, for lunch or chat, nothing else. So what?” said Barak in a statement when the visit was reported. “I never attended a party with him. I never met Epstein in the company of women or young girls.” He later admitted to joining Epstein on Little St. James, but still refused any complicity in his child sex trafficking operation.

As many conservatives consider Israel to be American’s top ally, they have conducted espionage operations in the U.S. Girardi believes Israel running a honey pot operation through Epstein would be well within their mode of operation.

“The Jewish state regularly tops the list for ostensibly friendly countries that aggressively conduct espionage against the U.S.,” Giraldi said. “Mossad would have exploited Epstein’s contacts… Those blackmailed would undoubtedly in most cases cooperate with the foreign government involved to avoid a major scandal.”

Earlier this week, a new book published, Epstein: Dead Men Tell No Tales, further elaborates the theory that the Democrat-affiliated pervert was a Mossad agent.

“If you’re an intelligence community, and you have someone like Epstein, who’s kind of a celebrity, who can attract celebrities, who can be in part of conversations about world events about the most secret things. If you could put people like Clinton on his planes and you can put Ehud Barak, a former Prime Minister of Israel and a former general, then he is a guy who really matters to you,” author Martin Dillon wrote in the book he co-wrote, after consulting with sources inside the Mossad.

“If he is going to be your friend, he is going to work for you. He is going to be an asset for you. Look what he can do. He can give you information on all those politicians; on their private behavior, their peccadilloes, all these things are important to intelligence communities,” Dillon added.

The reality of pedophile networks operating among elites protected by government powers is becoming understood by the public. Even though Epstein “committed suicide,” those who looked away while partying with this child-rapist couple may be public outcasts soon.