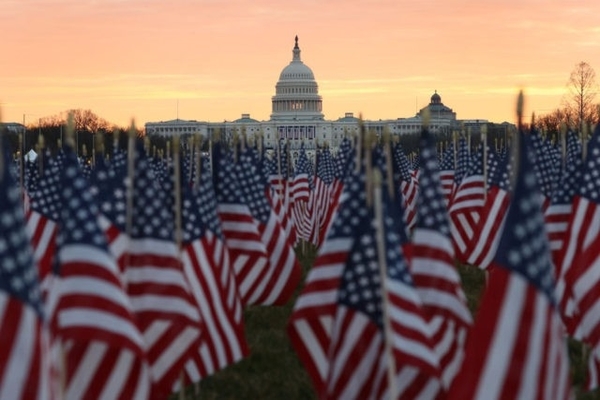 Sen. Marsha Blackburn (R-TN) said if socialists implement “Marxism” in government, the “first victim” of new leftist society would be leaders like Taylor Swift, according to Breitbart News.

Blackburn’s comments came in an exclusive interview with Breitbart News. Blackburn’s warning came as she addressed the country music industry.

“When you talk about country music, and I know the left is all out now and trying to change country music and make it woke,” Blackburn said. “When I’m talking to my friends who are musicians and entertainers, I say, ‘If we have a socialistic government—if we have Marxism—you are going to be the first ones who will be cut off because the state would have to approve your music.’”

“Taylor Swift came after me in my 2018 campaign,” Blackburn continued. “But Taylor Swift would be the first victim of that because when you look at Marxist socialistic societies, they do not allow women to dress or sing or be on stage or to entertain or the type music she would have. They don’t allow protection of private intellectual property rights.”

Blackburn specifically singled out swift – she stated her conservative policies protect Swift’s success in the industry. In the spring of 2018, Swift publicly backed the gun control push from the Marjory Stoneman Douglas high school survivors in Parkland, Florida. Swift also supported the “March for Our Lives” gun control protest. Swift smeared Blackburn on Instagram as she endorsed Democrat Phil Bredesen in his U.S Senate bid against her.

Swift’s endorsement was unsuccessful as Blackburn defeated Bredesen in November 2018. Swift is even more engaged in politics now. In her Netflix documentary, Swift bashed Blackburn as “Trump in a wig,” she continues to back leftist causes and Democrat candidates.

For instance, in a 2019 music video, Swift portrays LGBT critics as angry, toothless, uneducated rubes. She donated $113,000 to the Tennessee Equality Project from the video. In November 2019, she performed for Alibaba – a Chinese Communist Party ally in Shanghai.

In the summer of 2019, she made it clear she regretted not endorsing Hillary Clinton in 2016. She gave a full endorsement to President Biden and his running mate, now Vice President Harris, in 2020. “I will proudly vote for Joe Biden and Kamala Harris in this year’s presidential election,” Swift said. “Under their leadership, I believe America has a chance to start the healing process it so desperately needs.” In the wake of George Floyd’s killing, she donated an undisclosed sum to the NAACP legal fund. Just last year, she bashed the U.S. Census for offering only male or female gender choices, claiming it was an “erasure of transgender and nonbinary people.”

By promoting conservatism and opposing Democrat’s “Marxist” and socialistic” ideology, Blackburn protects Swift and any other entertainer’s right to succeed in the U.S.

In fact, upon the release of that Netflix documentary in which the music star slammed Blackburn as “Trump in a wig,” Blackburn similarly took the high road in a January 2020 statement calling Swift an “exceptionally gifted artist and songwriter” and noting that “Nashville is fortunate to be the center of her creative universe.”

“While there are policy issues on which we may always disagree, we do agree on the need to throw the entertainment community’s collective influence behind legislation protecting songwriters, musicians, and artists from censorship, copyright theft, and profiteering,” Blackburn said then. “The Music Modernization Act was a huge win for creators and the BOTS Act for fans. Growing support behind the AM-FM Act will close loopholes blocking compensation for radio play.”

Blackburn’s concerns over the artist’s right to payment were indicated in the interview, as the political left would not protect people like Swift in the end if they win.