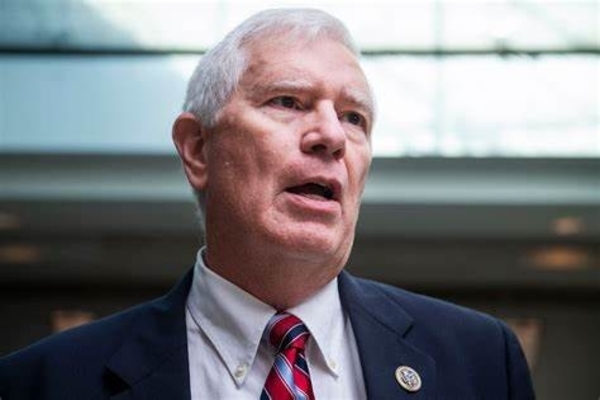 Representative Mo Brooks (R-AL) warns that Critical Race Theory already exists in the U.S. military. The radical division of the country exists solely on the pigmentation of the color of people’s skin.

During an interview with Mobile, AL radio’s FM Talk 106.5, Brooks, a candidate for Alabama Senate, argued the idea of one making something of themselves based on merit is rejected; emphasis is applied to the color of their skin instead.

“Well, unfortunately, if you saw the hearings yesterday, [Critical Race Theory] is in our military,” he said. “And what your listeners need to understand about Critical Race Theory, and I’m going to abbreviate it, summarize it somewhat is this — first, it’s Marxist. Second, it promotes racism. It teaches people to discriminate against each other based on their skin pigmentation. That is wrong. It tries to divide Americans based strictly on skin pigmentation, calling one group the oppressor class, the other group the oppressed class and recommends that the so-called oppressed class, again based strictly on skin pigmentation, not on wealth, not on job status or anything else that might be merit-based — it is strictly race-based and encourages the so-called oppressed race to rise up and do what is necessary to eliminate the oppressing race. And that is racial division of the worst kind.”

“Any time you use a broad brush like this where you condemn one group of people solely based on their skin pigmentation, and you elevate another group of people solely because of their skin pigmentation, that’s wrong because, in America, you’ve got all ethnicities, all skin pigmentations that are in all segments of life, OK? Wealthy, middle-class, poor, president of the United States, United States senators, congressmen, governors — we don’t divide ourselves based on race or ethnicity evidenced by economic activity and how well people are doing regardless of race. But Critical Race Theory punches that right in the nose. It eliminates the idea that you can achieve a lot in America if you just seize the opportunities you have with the God-given talents you’ve been blessed with.”

Rep. Mo Brooks (R-Ala.) told the Daily Dot that Critical Race Theory is “different things to different people, but the bottom line is that it is a distorted view of racism.” Asked how Critical Race Theory distorts racism, Brooks said, “by trying to turn it into a positive when it is a negative.”

Critical Race Theory dates back to at least the 1980s. Most Americans probably didn’t hear about it until 2020, when it became a talking point among Republicans in the months before the election.