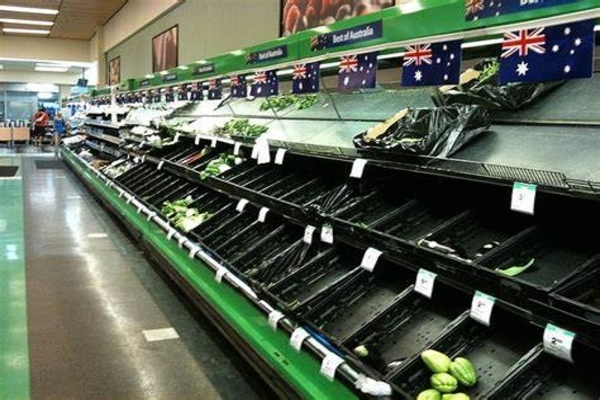 Nigel Farage, Brexit leader, states England appears to be locking down rather than opening up, as the NHS coronavirus app has pinged hundreds of thousands of Britons telling them to quarantine.

The National Health Service app sends alerts to users in the proximity of those with positive coronavirus results instructing them to self-isolate. With an increased number of people being told to quarantine, the term “pingdemic” has risen. In the first week of July, the HNS app pinged more than 500,000 people; the following week, 600,000.

As staff shortages at petro stations and supermarkets have led to reports across the country of empty shelves, the chairman of defense select committee Tobias Ellwood MP stated the army could help if the shortage of staff continues.

“The urgency of staff shortages now impacting on supermarkets and, by extension, national food distribution, warrants a Cobra meeting today for which the deployment of the army to assist in HGV driver shortfall should be a last-resort option considered,” Mr. Ellwood said on Thursday, according to The Times.

Mr. Farage said in response to the surge of self-isolation on GB News on Thursday: “What a mess the whole thing is! I thought, with the early vaccine rollout, not only had Brexit been fully vindicated but that we put ourselves in a very advantageous position compared to other countries.”

Farage said, “Far from opening up, we’re actually beginning a process of lockdown down. If we go on at this rate, goodness knows where we’ll be,” as he remarked on the self-isolated.

Unlike orders from the NHS’s Test and Trace team, if pinged by the app, it is not a legal requirement to self-isolate; some employers reportedly instruct staff to ignore the alert if a PCR test shows negative. Ministers, however, tell Britons to follow the app’s orders and isolate for ten days.

It is suggested in some reports that people are deleting the app to avoid being pinged. This week, a YouGov poll found 52 percent of young people have either deleted the app or refused to use it.

As per the reports from The Times, that of the people that downloaded the app in the first place, 10 percent have deleted it.

“Is it time to scrap the app?” Farage said. “I think it really is.”

“I think the app is now doing more harm than good,” he added.