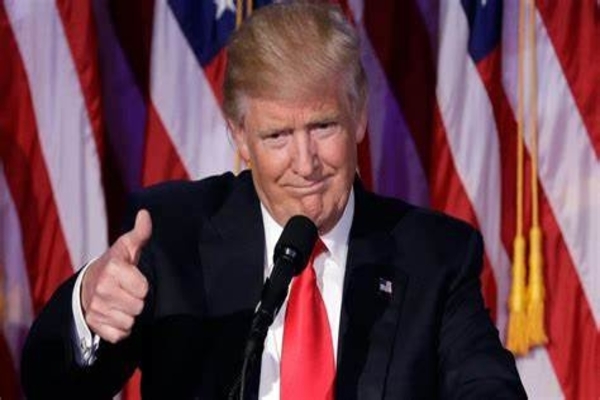 In a phone call with the New York Post, Trump said, “The vaccine is a great thing, and people should take advantage of it.”

Trump added, “Nobody should be forced” to get the vaccine, noting Americans “have our freedoms.”

“But I strongly recommend it because it’s a real lifesaver,” he continued.

If Americans did not have the coronavirus vaccine, the death toll could be as bad as 100 million people globally as during the 1918 Spanish flu, Trump said.

“I’m all in favor of the vaccine,” Trump told Post columnist Michael Goodwin. “It’s one of the great achievements, a true miracle, and not only for the United States. We’re saving tens of millions of lives throughout the world. We’re saving entire countries.”

Trump confirmed to the Post that he and First Lady Melania Trump received their first vaccine doses at the White House in January and their second vaccine doses in Florida. It is unknown whether they received the Pfizer and BioNTech or Moderna vaccine.

The former president said that both Trumps, who were sick with COVID-19 in early October 2020, didn’t have any side effects to the vaccines, “not even a bit of arm soreness.”

Trump boasted that the speedy development and deployment of the vaccine would help save lives around the world.