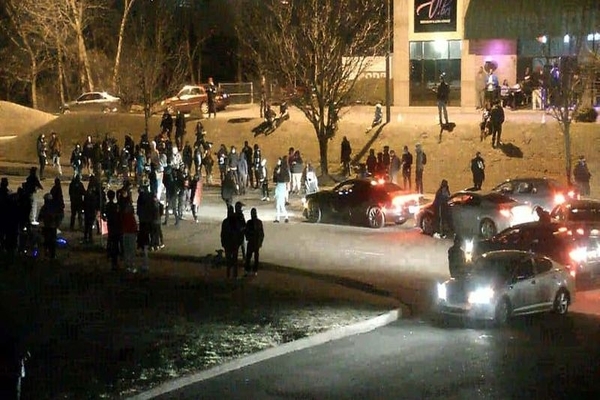 The escalation of violence and attempts by the police to contain the violence were caught on video and posted on Twitter.