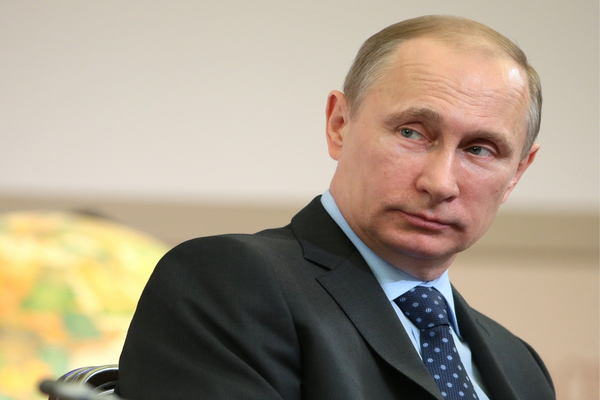 Russian President Vladimir Putin accused the U.S. government of assassinating Ashili Babbit in an interview with NBC News on Monday.

Without using her name, Putin referenced Babbitt’s death when asked if he ordered the assassination of Alexei Navalny, a Russian dissident. Navalny had a close call with death in August of 2020 while flying from Siberia to Moscow. After receiving treatment in Germany, he recovered from the nerve agent and was jailed when he returned to Russia in January 2021. Russian’s FSB security service agents have been implicated in the attempt on Navalny’s life.

Host Keir Simmons asked about Navalny after Putin deflected on political repression in Russia. Puttin argued there is repression in Amerian as well, using the January 6th incident as an example.

“Of course not. We don’t have this kind of habit of assassinating anybody. That’s one,” Putin said to the charge of ordering the attack on Navalny.

“Number two is I want to ask you: Did you order the assassination of the woman who walked into the Congress and who was shot and killed by a policeman? Do you know that 450 individuals were arrested after entering the Congress? And they didn’t go there to steal a laptop,” he continued.

Putin accused the U.S. government of bypassing legal procedures to punish the Capitol protesters excessively. He claimed the Russian dissidents he is accused of repressing are convicted criminals:

Some have been accused of plotting to topple, to take over government power. Some are accused of robbery. They didn’t go there to rob.

The people who you have mentioned, yes, they were convicted for violating their status, having been previously convicted, given suspended sentences, which were essentially a warning to not violate the Russian laws. And they completely ignored the requirements of the law. The court went on and turned the conviction into real jail time.

Thousands and thousands of people ignore requirements of the law, and they have nothing to do with political activities in Russia every year, and they go to jail. If somebody is actually using political activities as a shield to deal with their issues, including to achieve their commercial goals, then it’s something that they have to be held responsible for.

Putin was referencing criticism that the January 6 protesters received disproportionately stern treatment, as expressed by Republican senators in correspondence to Attorney General Merrick Garland sent on June 7. Despite Democrat and media’s instance, the Capitol Hill riot was an “insurrection,” most charges filed to date have been for milder infractions.

Simmons responded by calling Putin out for his habit of saying, “What about America?” every time his government is accused of transgressions. Like the Chinese government, Putin is adept at studying American media controversies and finding social stress points to hit, opportunities to accuse the U.S. of hypocrisy, and deny it has the moral standing to criticize human rights abuses elsewhere in the world.

Most likely, Putin is aware Babbit’s death is in the news once again as her family is demanding to know the identity of the Capitol Police officer who shot her. The family’s legal representative is accusing the government of concealing the officer’s identity as he may have a questionable service record and because “they don’t have a good explanation for the shooting.”

The Babbit family lawyers have plans to file a $10 million civil lawsuit against the Capitol police, charging excessive force was used against unarmed women. In April, the Justice Department said the officer would not face charges.