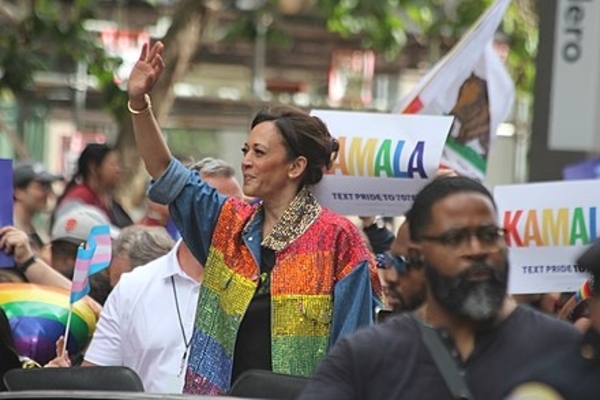 Vice President Harris welcomed gay and transgender activists; she expressed her preferred pronouns in her “listening session” on Wednesday.

“I want to thank you and welcome you for being here,” she said. “My pronouns are she and her.”

In front of Harris was a placard that had her preferred pronouns after her name.

She boasted of being the first vice president welcoming gay activists.

Harris spoke of the attack on transgender youth in the U.S., including the attempts to prevent biological males from competing in women’s sports.

“We know the issue in terms of the experiences our transgender youth are having around the country,” she said.

Harris noted there were 250 proposed anti-gay and anti-transgender bills across the country, “including prohibiting transgender youth from receiving medical care and participating in sports, the prohibition on transgender people using the restroom, voter rights.”

She pointed out that Biden’s Department of Veteran Affairs covers the cost of “gender confirmation surgeries” of veterans and military service personnel.

“We’ve come a long way, and there’s still so much work to get done,” she said.

After Harris delivered her opening remarks, the remainder of the meeting was closed to the media.