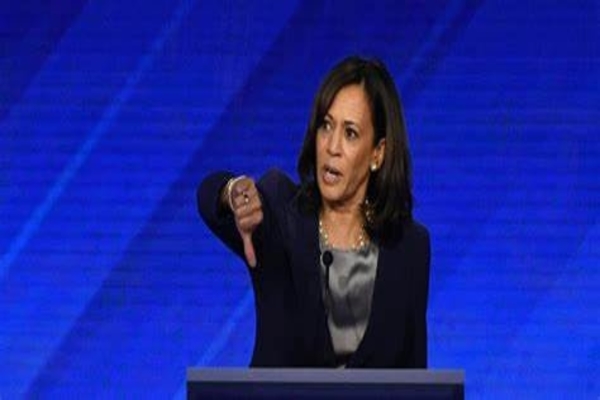 Vice President Harris criticized for her guided “drop-in” tour, talk to Americans living along the border, the GOP critic said.

“After more than three months of complete failure, Kamala Harris’ brief border drop-in is not enough,” said a blast email from the Republican National Committee as it criticized Harris’ trip to safe, TV-ready, migrant-processing centers in El Paso, Texas.

She is still not listening to the Americans who need Biden to reverse course on the policies that created his deadly border crisis. Here are only a few of the people Harris should be listening to:

Border-town Sheriff Mark Dannels tries to protect his county amid Biden’s border crisis: “We’re losing all of our resources…they’ve been diverted to other assignments…the message is that this border’s open for business and you can come across and if you get across there will be no consequences, that’s the message we hear.”

Chaney McCollum, a Texas border-county resident: “I’ve never really been scared until now…I should not have to be put in a situation where I can’t leave my house. Normal people out here don’t lock their barns. Now, we do.”

Vice President Harris visited the border patrol facility on Friday, and she told reporters she had planning to do so since March.

“I said back in March I was going to come to the border, so this is not a new plan,” she said.

Harris delayed her visit to the border until 93 days after Biden appointed her to lead on the crisis. Today she visited the border with Homeland Security Secretary Alejandro Mayorkas and Sen. Dick Durbin (D-IL).

In early June, Harris, while struggling with questions about visiting the border, describing it as a ‘grand gesture”, she would avoid.

The sudden announcement of her border visit came on Thursday, just days after former President Donald Trump announced his journey to the border with Texas Governor Greg Abbott.

Trump bosted he finally forced Harris to visit the border.

“After months of ignoring the crisis at the Southern Border, it is great that we got Kamala Harris to finally go and see the tremendous destruction and death that they’ve created,” Trump wrote in a statement sent to reporters.

What an exciting trip for VP Harris.