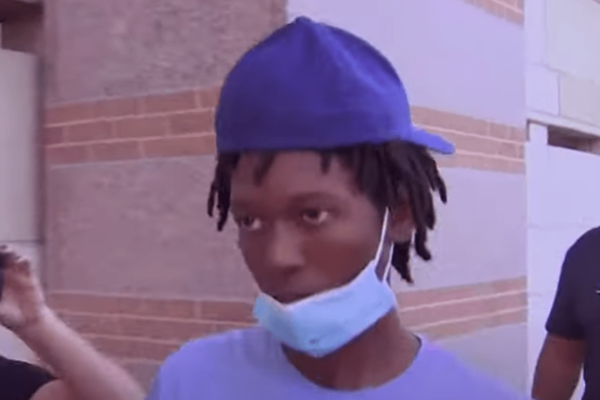 A GoFundMe campaign was launched by an attorney for alleged Texas high school shooter Timothy George Simpkins in which his mother claimed he is traumatized.

The GoFundMe account was launched by Kim T. Cole, a Dallas-area attorney, on Thursday with the goal of $25,000 for Simpkins.

GoFundMe took down the account once it was brought to their attention.

The statement from Simpkin’s mothers that was attached to the GoFundMe page, in part reading:

What you don’t know is that Timothy was robbed at gunpoint and stripped of his possessions a couple of weeks ago … And the unfortunate backstory is that Timothy’s father was brutally beaten to death. This fact definitely heightened Timothy’s fear for his life.

“My son has gone through a very traumatic experience. He needs counseling and therapy,” Timothy’s mother concluded.

The Fort Worth Star-Telegram reports that a Facebook post by a Simpkins’ family spokesperson said the alleged shooter was made to look like a “menace to our society and nothing could be further from the truth.”