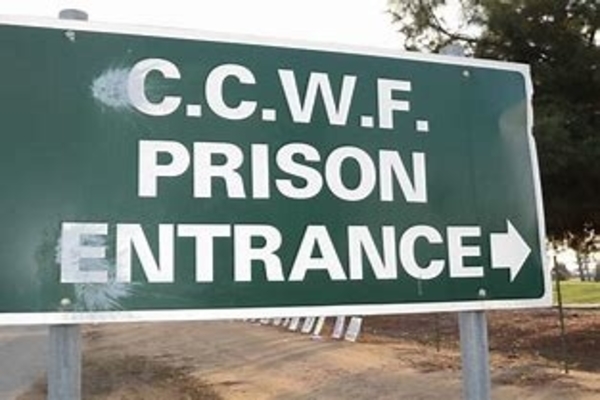 In California, Democrats have invited violent male criminals who claim to be transgender into women’s housing; the women are provided with condoms and abortion pills.

Senate Bill 132, The Transgender Respect, Agency, and Dignity Act, was signed into law by Gov. Gavin Newsom last year. According to a press release from the California Department of Corrections and Rehabilitation, the law allows “transgender, non-binary and intersex person to be housed and searched in a manner consistent to their gender identity.”

“No one deserves to be treated disrespectfully because of their gender identity or expression,” CDCR Secretary Ralph Diaz said in the press release. “And it is our sworn duty to protect people from sexual assault and violence.”

A lengthy analysis of the dangers for women prisoners and proof that the prison officials are passing out condoms and abortion-inducing Plan B to female inmates was published by Women’s Liberation Front or WoLF.

The WoLF article reads, in part:

Women incarcerated in California’s largest women’s prison are describing the conditions as “a nightmare’s worst nightmare” after the introduction of new pregnancy resources in the Central California Women’s Facility (CCWF) medical clinics. The new resources are a tacit admission by officials that women should expect to be raped when housed in prison with men, where all sex is considered non-consensual by default within the system.

New posters recently appeared in medical rooms outlining the options available to “pregnant people” in prison, including prenatal care, abortion, and adoption. The poster also declares that women have the right to “contraceptive counseling and your choice of birth control methods by a licensed health care provider within 60-180 days prior to scheduled release date.” However, the only methods available to incarcerated women to prevent pregnancy are condoms, which appeared shortly after the men, and Plan B emergency contraceptives. (Full poster text, as reported to us from inside).

Women’s prisons across the state appear to be making final preparations such as these for a massive wave of transfers after nearly 300 requests were initiated following SB 132 going into effect in January of this year. So far, only about 20 of the transfers have been processed (and exactly zero transfer requests have been denied) — leaving hundreds of men, many of whom are sex offenders, awaiting entry into the women’s estate.

Men who want to be housed in the women’s prison only need to take a class entitled Right Person, Right Prison, the article claims.

Since the enactment of SB 132, just six months, the number of inmates claiming to be transgender or non-binary has risen from 1,088 to 1,237.

The article states, “The nearly 300 pending transfers are only the beginning of the invasion of women’s prisons by violent male inmates, including convicted murderers and rapists.”