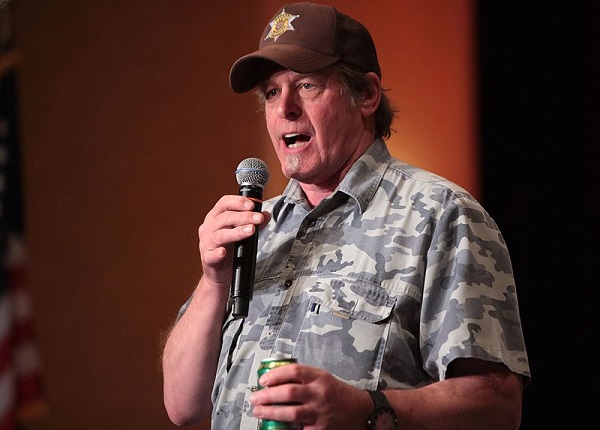 (Breitbart) – In an exclusive interview with Breitbart News, the Motor City Madman and avid hunter Ted Nugent sounded off on Joe Biden’s gun control proposals and the power of Michigan hunters as a voting bloc.

Breitbart News recently reported on Biden’s plan to put AR-15s under the National Firearms Act of 1934, which means hunters could be required to register their AR-15s with federal authorities, submit their fingerprints and photographs, potentially submit to an FBI background check, and pay a $200 federal tax on guns they already own. Moreover, Biden’s plan could also potentially apply to so-called “high-capacity” magazines as well.

When asked about these proposals, Nugent said, “Everybody who is paying attention knows that the left will gut the Bill of Rights to the Constitution. Actually, not gut it but just eliminate it completely. In their own words, they are coming to take your guns. Beto O’Rourke, Joe Biden, and Kamala Harris — everybody knows that they want to disarm their subjects.”

But the former rocker also cited the potential power of Michigan hunters, which he described as a “conservative army” that could potentially block Biden’s proposals with a different kind of weapon — their vote. “The most powerful conservative voting army can be identified as licensed hunting families, and we have seen a re-engagement that glows positive,” Nugent said.

But Nugent also warned that past complacency opened the door for these potentially harmful policies to find a home.

“That conservative army, way too many of them, have been sitting it out,” he said. “And that non-participation has rolled out the welcome mat for the tyrants and the Marxists. But we are turning that around right now.”

The Motor City Madman left us with this characterization of the hunters he’s met sharing campfire after campfire: “When I speak about hunters, this is not just a guitar player’s hunch. This is a direct representation of the pulse, the beliefs, the heart and soul of salt-of-the-earth America.”