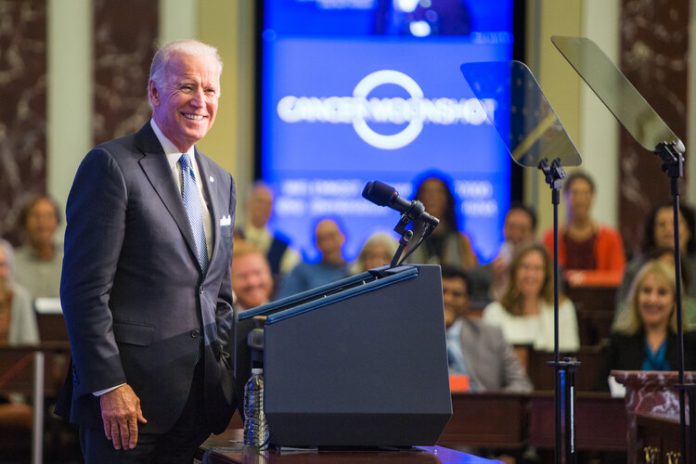 (The Federalist) – Thursday evening was never going to be a fair night for President Donald Trump no matter what.

First, the incumbent Republican president was supposed to participate in a traditional town hall debate with former Vice President Joe Biden moderated by C-SPAN’s Steve Scully, a former intern for the Democratic candidate. Then, Scully publicly consulted fired anti-Trump Communications Director Anthony Scaramucci on how to handle the president in a since-deleted tweet. Scully claimed his account was hacked, which he would admit one week later was a lie. C-SPAN suspended Scully indefinitely.

Meanwhile, the supposedly independent Commission on Presidential Debates run by Biden supporters spiked plans for the in-person town hall and announced the debate would be a virtual event without consulting the Trump campaign to Biden’s obvious benefit. Trump immediately rejected the idea, and the commission responded by cancelling the debate altogether, in turn protecting Biden from being forced to share the same prime time stage with the president.

While the debate commission claimed public health was of concern following Trump’s diagnosis with the coronavirus and therefore a hazard to those on stage and in the audience, the president was on track for a complete recovery from the infection.

This week’s events then became two competing town halls at the same time featuring Biden in Philadelphia hosted by ABC, and Trump in Miami hosted by NBC. Each network had previously hosted nearly identical town halls with the opposite candidates within the last month. By Thursday night, there remained no reason why the two contenders could not share the same stage as candidates have done for decades. Trump had tested negative for the virus and was deemed by White House doctors, including infectious diseases expert Anthony Fauci, as no longer contagious.

Still, the show went on featuring who the networks advertised as undecided voters. While NBC’s Savannah Guthrie hijacked the town hall to engage in a sparring match of her own with the president, former President Bill Clinton’s White House Communications Director George Stephanopoulos moderated a town hall that included a former speechwriter in the Obama-Biden administration along with the wife of a prominent 2018 Democratic candidate for the Pennsylvania State Senate.

Nathan Osburn, who worked for the Office of Public Affairs at the Commerce Department and at the Small Business Administration under Obama, asked Biden about the former vice president’s position on implementing “safeguards” to prevent Republicans from ever nominating more Supreme Court justices. In other words, Osburn asked, did Biden want to pack the court?

“Amy Coney Barrett’s being pushed through at the last minute, even though millions have already voted. So what do you think about ideas from people like Pete Buttigieg and others to put in place safeguards that will help ensure more long-term balance and stability?” Osburn asked, who was identified by ABC News as merely a “communications” professional. “And what do you say to LGBTQ Americans and others who are very worried right now about erosions of their rights and our democracy as a whole?”

Pressed repeatedly by @GStephanopoulos on his position on court packing, Joe Biden says, “I’m not a fan … it depends on how this turns out,” adding that it depends on how Republicans handle the confirmation of Supreme Court nominee Amy Coney Barrett. https://t.co/JEyTOkB6qk pic.twitter.com/rpcrzh5aRO

The Philadelphia Inquirer had identified Osburn as “a former Obama administration speechwriter,” in June of last year, and as a prominent activist for then-South Bend, Indiana Mayor Pete Buttigieg in the primaries.

The ABC event also featured Mieke Haeck, listed as a physical therapist. Haeck happens to be the wife of Ezra Nanes, who ran unsuccessfully for the Pennsylvania State Senate two years ago. Nanes now serves as on the Centre County Democratic Committee.

“My youngest daughter is transgender. The Trump administration has attacked the rights of transgender people, banning them from military service, weakening nondiscrimination protections and even removing the word ‘transgender’ from some government websites,” Haeck said in the near empty auditorium. “How will you as president reverse this dangerous and discriminatory agenda and ensure that the lives and rights of LGBTQ people are protected under U.S. law?”

Our children and I are so proud of our @MiekeHaeck for her courage in asking this question of @JoeBiden and so grateful to our next President for his caring and decisive answer in support of transgender and all LGBTQ people. https://t.co/zvDlO9c2Tl

The inclusion of Democratic voters masquerading as undecided in the televised town halls is becoming a recurring theme, and a predictable one at that.

Just last month, during the same formatted event with the same former Clinton White House staffer moderating an event with Trump, at least two individuals who asked questions had previously blasted the president on social media. One even expressed enthusiasm for volunteering on California Sen. Kamala Harris’ campaign last summer.

Just last week, NBC News featured “undecided” voters who had already declared their support for the Democratic candidate on stage.

.@NBCNews featured a pair of "undecided" voters during a network town hall earlier this week who had previously declared their support for Democratic nominee @JoeBiden on the network's sister channel, @MSNBC.

Meanwhile, the mainstream media has obsessed over the silhouette of a woman who appeared to be nodding behind Trump during NBC’s town hall throughout the entire prime time hour. The woman had not even asked a single question.

CNN just did a whole segment about the nodding woman from the Trump townhall. They acted like it was a big scandal that she was a Trump supporter despite the fact that Savannah Guthrie said last night that the audience is a mix of Trump, Biden, and undecided voters. pic.twitter.com/R1cAiUQnWH

The American people deserve three full and fair debates to compare and contrast the two major candidates, which is why Joe Rogan, who Trump has already signaled willingness to allow moderate, ought to host a conversation between the president and Biden in lieu of this week’s public disservice by legacy media.