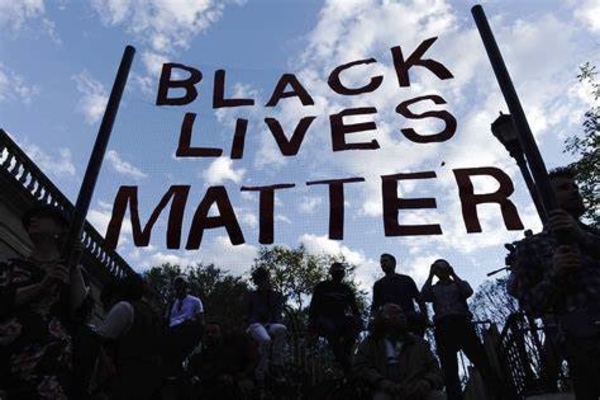 New York’s vaccine mandate on September 13. Proof of vaccination must be presented to enter some public spaces, including gyms, restaurants unless claiming exceptions for approved medical conditions.

There is 86.5 percent of black people New Yorkers that remained unvaccinated, according to state data.

“I think, in a perfect world, [vaccine requirements] should be business by business. But it could be a slippery slope, so the mandate should be removed completely,” Newsome told the Washington Examiner.

“It’s not gonna be white men in suits on Wall Street who are gonna get stopped. There’s such hypocrisy in this thing.”

The Examiner notes that some 70 percent of black people in New York between 18 and 44 have not received the vaccination. Some of the reasons for the hesitancy in the COVID vaccination include religious beliefs and distrust of the government.

“It’s black people who have a natural distrust of the vaccine,” Newsome said. He cited the Tuskegee Syphilis Study as an example of historic distrust by black people of the U.S. medical community. However, the fact vaccines are accessible to people of all racial groups.

BLMGNY advocated for the complete elimination of vaccine requirements nationwide.

Newsome told the news outlet he has deep concern the vaccine mandates do not allow for religious exemptions.

“How dare they remove religious exemptions? It’s the most disrespectful thing I’ve ever seen,” Newsome said. “Now the government has decided your God doesn’t matter? I love God.”

Chivona Newsome, a fellow co-founder of BLMGNY, threatened an “uprising” in the wake of the mandates.

“We’re putting this city on notice that your mandate will not be another racist social distance practice,” she declared at a protest on Monday; according to the Examiner report, “Black people are not going to stand by, or you will see another uprising. And that is not a threat. That is a promise.”

“The vaccination passport is not a free passport to racism,” she concluded.

The pushback against vaccine mandates is not limited to the general NYC area.

Black voters are driving down President Biden’s approval rating after the administration mandated vaccines for businesses with 100 or more employees on September 8.

Biden’s job performance has fallen five points to 71 percent among black voters since the vaccine mandate. In comparison, black voter’s disapproval of Biden has also increased seven points to 24 percent, according to a Monday Morning Consult poll earlier this month.

The poll also indicates support for Biden’s handling of the coronavirus crisis has fallen nine points to 61 percent since the end of August.

The poll points to unvaccinated black voters not happy with Biden’s job performance fell since the vaccine mandate.