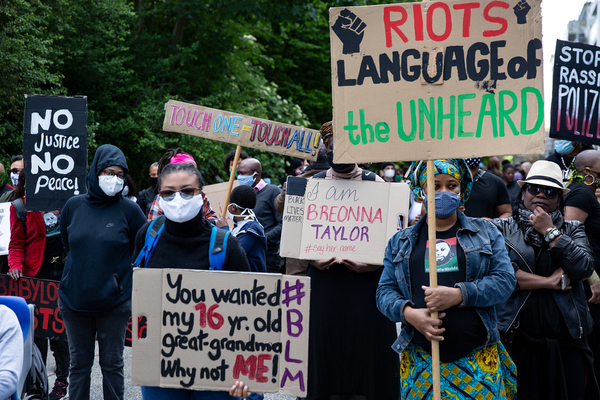 “Anti-White” is the new documentary that intends to expose the radical left’s agenda targeting white people with communal hatred.

“Across America, white people are being attacked in the streets and in the media,” the trailer for the documentary states.

CNN’s propagandists are cited in the trailer, showing the hatred against white people. At the same time, anti-white hate attacks are ignored by the leftist media, and right-wing-leaning outlets only offer brief coverage.

“While most people thought the racially-charged protests and influence would quiet down after the 2020 election, instead, the culture of America appears changed to its core,” the trailer states.

The trailer continues, “What started as an awareness campaign against police brutality has quickly become an all-out assault against white Americans… Is there a war on white people? What is driving this rising hatred and violence against white Americans? How far will this anti-white movement go, and who’s next?”

The trailer for the upcoming documentary:

“The 100-year anniversary of the Tulsa riots, which occurred after a black community in Oklahoma rallied behind an accused rapist (sound familiar?), has prompted a tremendous amount of revisionism from far-left activists hoping to stoke more Black Lives Matter (BLM) terror in pursuit of their goals to overthrow the Bill of Rights and U.S. Constitution.

According to actual historical records, the picture is far different than the leftists are showing through propaganda. Marc Carlson, director of special collections at the University of Tulsa’s McFarlin Library, has researched the Tulsa riot.

In his timeline of events, blacks had organized to defend Dick Rowland, accused rapist, from a possible lynch mob. After Rowland was apprehended, the confrontation occurred outside the courthouse with a group of armed blacks standing off against a group of armed whites. Blacks initiated the violence; according to many first-hand witnesses, a black assailant shot a white person, leading to the violence reaching a frenzy.

The National Guard was called in to halt the riots. Due to no evidence, the claims of the area being bombed by airplanes have been dismissed. Also, no “Black Wall Street” ever existed in the area; that is just another fabrication. Rowland was eventually clear of rape charges and was not harmed by whites, showing the existence of an extrajudicial lynch mob of whites out to get Rowland never existed.

The Tulsa riots and the 1619 Project national push are used to create a new pseudo-history to justify the riots and, eventually, the murder of whites. This is what has occurred in countries such as South Africa, which has been celebrated as a social justice model by leftists after Soviet-affiliated terrorist Nelson Mandela took power and transformed the nation into the rape and murder capital of the world” as reported by Big League Politics.

The documentary, produced by Maggie Vandenberghe, a.k.a. Fog City Midge, and co-directed by Andrew Meyer and Jon Du Toit.