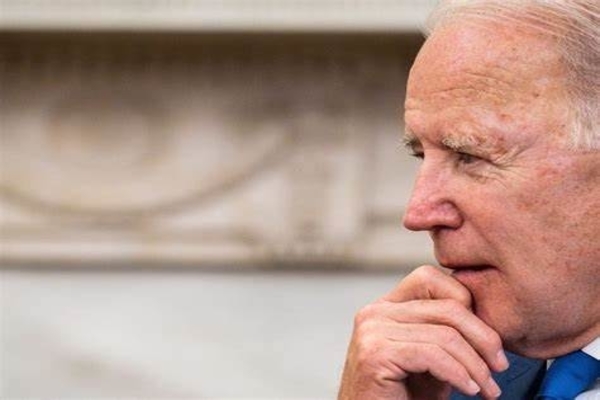 Biden acknowledged his disappointment by the report but noted the number was still positive.

“While I know some wanted to see a larger number today, and so did I, what we’ve seen this year is continued growth month after month,” he said.

Biden blamed coronavirus variant Delta for hurting the economy, as well as those Americans who refuse to get vaccinated.

While he tried to compare the poor economic numbers of the coronavirus surge last winter to the current job numbers.

“We are adding jobs, not losing them,” he said.

“We’re going to do it by leveling the playing field,” Biden said, saying corporations and the wealthy would be forced to pay more in taxes.

“The vast majority of Americans are struggling just to hang on,” he said, noting that the number of billionaires in American grew.

“They can afford to pay just a little bit more,” he said.

He noted the stock market is still setting records during his presidency, all while chuckling.

“Imagine if the other guy was here,” he said, referring to former President Donald Trump, who repeatedly touted the stock market as a mark of success.

“That doesn’t mean that it’s the best for the economy,” Biden said.