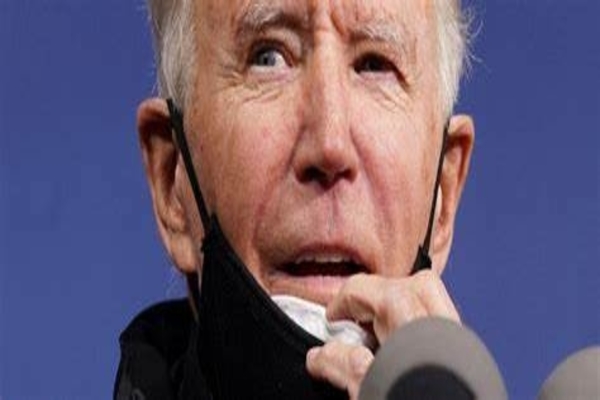 “I am so disappointed that, particularly some Republican governors, have been so cavalier with the health of these kids,” Biden said.

On Friday, Biden visited a school in Washington, DC. to highlight his proposed efforts to vaccinate and mask more students in schools.

Biden was visibly frustrated by Republican governors who continue to defy him.

“We’re playing for real here. This isn’t a game,” he said.

When asked about the Republican governors stating they would take him to court over the vaccine mandate for employers, Biden replied, “Have at it.”

Biden stated he hopes students can unlearn the lesson politics doesn’t have to be this way.

“Politics doesn’t have to be this way,” he said, complaining it had become a “war” or a “bitter feud” in the country.

“It’s not who we are as a nation, and it’s not how we beat every other crisis in our history; we gotta come together,” he added.

Biden claims masking and vaccine mandates are approved by the “vast majority of the American people.”

“They’re hard but necessary, and we have to get them done,” he said.