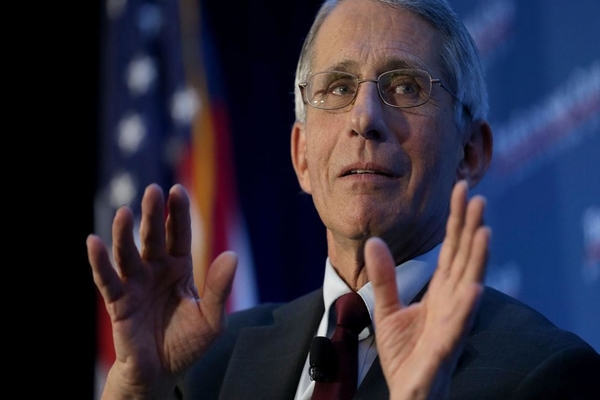 (The Post Millennial) – In a resurfaced interview with PolitiFact from May of 2021, Dr. Anthony Fauci appears to nearly call Chinese scientists “Chinese communists.”

The term, “Chinese communist,” sometimes shortened to “Chicom,” is described by Dictionary.com as “A contemptuous term used to refer to a Communist Chinese.”

A little Freudian slip by Fauci: “We had a collaboration with some Chinese Commu— uh ..Chinese Scientists”pic.twitter.com/v25POC26kO

In the interview with managing editor Katie Sanders, Fauci was asked about the origins of the coronavirus, specifically about the “…cloudiness around the origins of COVID-19 still,” and asked, “…are you still confident that it developed naturally?”

Fauci responded, “I think the real unfortunate aspect of what Sen. Paul did is he was conflating research in a collaborative way with Chinese scientists, which was, you know, you’d almost have to say, if we did not do that we would almost be irresponsible because SARS-CoV-1 clearly originated in China, and we were fortunate to escape a major pandemic. So we really had to learn a lot more about the viruses that were there, about whether or not people were getting infected with bad viruses. So in a very minor collaboration as part of a subcontract of a grant, we had a collaboration with some Chinese commu… Chinese scientists. And what he conflated is that therefore we were involved in creating the virus which is the most ridiculous majestic leap I’ve ever heard of. ”

“But no, I’m not convinced about that. I think that we should continue to investigate what went on in China until we find out to the best of our ability exactly what happened,” continued Fauci.

“Certainly the people who’ve investigated say it likely was the emergence from an animal reservoir that then infected individuals, but it could have been something else.

“And we need to find that out. So, you know, that’s the reason why I said I’m perfectly in favor of any investigation that looks into the origin of the virus.