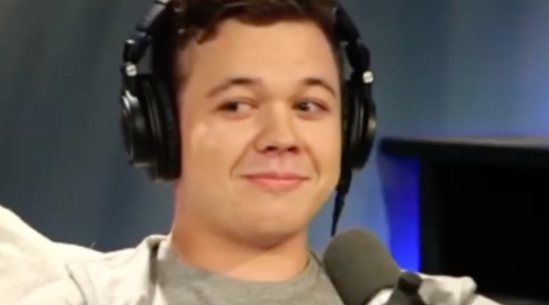 (The Post Millennial) – Kyle Rittenhouse savagely revealed that he played Call of Duty every night his trial on Monday night’s episode of BlazeTv’s You Are Here with hosts Elijah Schaffer and Sydney Watson.

“This guy tried to bring up that playing Call of Duty…could make you a killer. I don’t know where you get those stupid ideas?” Schaffer said to Rittenhouse.

“It just doesn’t make any sense. And Binger I hope you are seeing this, I played Call of Duty every night of trial,” Rittenhouse said in response.

During the interview Rittenhouse also disclosed that he wants to be a lawyer and go up against “..piece of sh** prosecutors like Thomas Binger.”

Rittenhouse was found not guilty on all charges last month by the city of Kenosha, Wisconsin after the jury found him to have acted in self-defense when he shot two and injured one during a violent Black Lives Matter riot last Summer.