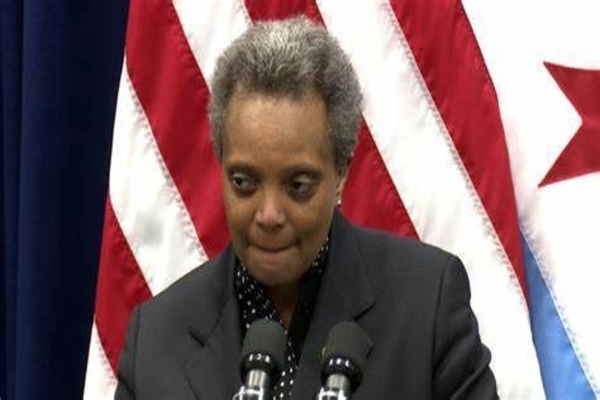 From Friday into Saturday night, over 31 people were shot, three fatally across Mayor Lightfoot’s (D) Chicago. More children have died from shootings than COVID.

The three fatalities occurred on Saturday.

A 24-year old just before 5 p.m. “in the 900 block of East 79th Street.” during a drive-by attack was shot in the head, was transported to a hospital, and pronounced dead.

A 42-year-old woman around 9:40 p.m. while walking towards her vehicle “in the 300 block of East Kensington Avenue,” was shot in the armpit and taken to the hospital where she died.

A 12-year old boy was shot in the head “in the 800 South Bennett Ave,” in what the police are identifying as a domestic incident.

According to WGN-TV and the CDC, Leland Vittert, the reporter with NewsNation, reports more children have been shot this year in Chicago than have died from COIVD in the entire U.S.