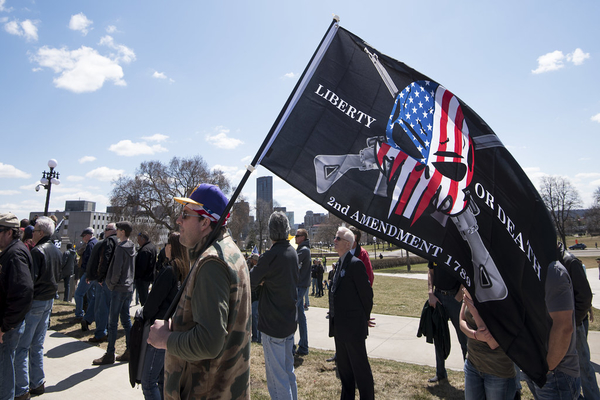 An NBC new writer took it upon himself to report a South Carolina gun manufacturer to the Secret Service after releasing a “Let’s Go Brandon” AR-15 lower (a part used to build an AR-15 rifle).

The lower features a Nascar Flag – eluding to the origin of the Let’s go Brandon meme – and the saying next to the serial number.

NBC’s Ken Dilanian has gone wild. They even claim — falsely — that these are “violent threats” against Biden. Check out this hysterical take from his “exclusive report” on the “dangerous way” gun dealers are marketing their products.

Dilanian admitted to informing the government on Monday in a series of tweets. Dilanian marketed the “exclusive” Palmetto State Armory’s Let’s Go Biden article, unaware that writing about the content of a major companies website does not qualify as exclusive reporting.

Palmetto State Armory is one of the most popular firearms manufacturers in America, with a reputation for building AR-style firearms at the company’s South Carolina facilities.

The “Let’s Go Brandon” lower isn’t intended to convey a message of political violence against Biden or anyone else. It’s merely a statement in support of Second Amendment rights, an American tradition that Biden opposes. Palmetto State Armory states its commitment to gun safety and rejection of illegal acts of aggression on its website, reserving the use of force for self-defense.

The lower is available to pre-order on Palmetto State’s website; it will ship to customers in 10-12 weeks.