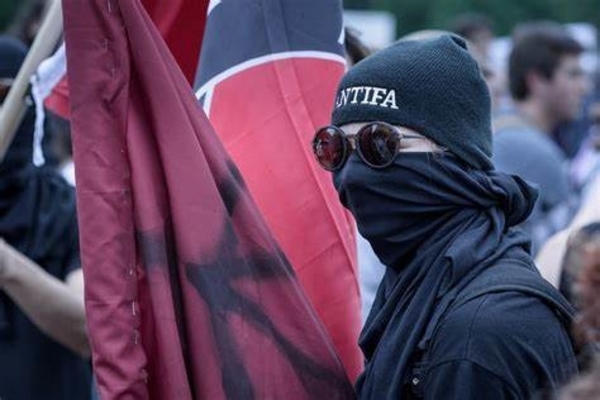 During an anti-vaccine mandate protest in Olympia, Washington, an Antifa member allegedly shot and wounded a prominent Proud Boys member on Saturday.

The not yet identified Antifa member fired a shot striking Toese in the leg, reported Fox News. The news outlet says the shooting victim’s identity has not been confirmed; however, multiple reports from the scene identify Toese as the shooting victim.

In a video tweeted by The Daily Sneed, multiple gunshots can be heard, followed by someone claiming someone got shot in the leg.

Proud Boys member is suffering in pain laying on the ground after being shot in tweets from the scene.

Jeremy Lee Quinn tweeted that the shooting appeared to come as Proud Boys members chased Antifa down the street.

A witness reported an Antifa member fired his gun after being pushed to the ground and then tried to flee from Proud Boys.

Reportedly Antifa organized a counterprotest against “violent anti-vaxxers, Proud Boys, and Chuds” in Olympia, gathering near the state capital on Saturday. The poster tweeted by Andy Ngo calls on people to “Stand up to Fascism!”

Toese, who stands six-feet-three-inches tall and weighs more than 300 pounds, has been a regular organizer of Proud Boys events in the Portland area and is known to openly participate in street brawls, including the rally that turned into a violent clash near a shuttered Kmart in east Portland on Aug. 22.

Toese was formerly a top lieutenant of Patriot Prayer leader Joey Gibson, but that group has been less active as Gibson faces a potential felony riot conviction.