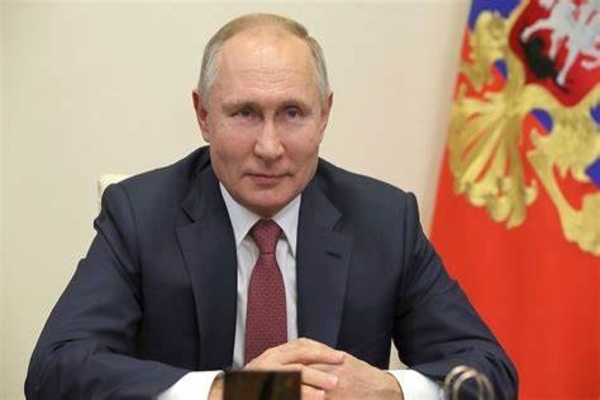 Simmons said, “President Vladimir Putin tells us he’s going into next week’s summit with relations with the U.S. at a historic low.”

Putin said, “We have a bilateral relationship that has deteriorated to its lowest point in recent years.”

Simmons said, “You once described President Trump as a bright person, talented how would you describe President Biden?”

Putin said, “Well, even now, I believe that former U.S. president Mr. Trump is an extraordinary individual, talented individual. Otherwise, he would not have become U.S. president. He is a colorful individual. You may like him or not. And, but he didn’t come from the U.S. establishment. He had not been part of big-time politics before, and some like it, some don’t like it, but that is a fact.”

He added, “President Biden, of course, is radically different from Trump because President Biden is a career man. He has spent virtually his entire adulthood in politics. Just think of the number of years he spent in the Senate. That’s a different kind of person, and it is my great hope that, yes, there are some advantages, some disadvantages, but there will not be any impulse-based movements on behalf of the sitting U.S. president.”