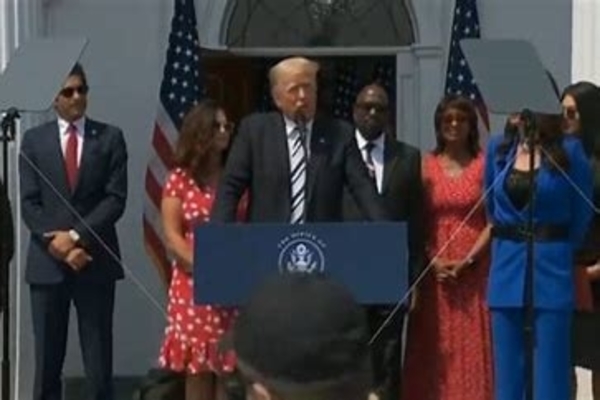 Leading the lawsuit is the American First Policy Institute; the group was founded by Trump Administration alumni Brooke Rollins And Linda McMahon and will reportedly be advised by Jared Kuschner and Ivanka Trump.

Details: Trump is scheduled to make an announcement at a press conference today at 11 am.

The group’s president and CEO, and board chair, former Trump officials Linda McMahon and Brooke Rollins, will accompany him during the announcement.

Class action lawsuits would enable him to sue the two tech CEOs on behalf of a broader group of people that he argues been censored by biased policies.

Likely the tech giants will use Section 230 of the Communications Decency Act, arguing they have the right to censor anyone, at any time, for any reason – the courts have accepted this argument in the past.

President Trump attempted a last-minute executive rulemaking change to Section 230 in his final months of office. Still, then-FCC chairman Ajit Pai killed the effort on the day after January 6, after previously voicing support for it.

Had Florida passed a law regulating tech platforms as common carriers in the Sunshine State, then Trump would be on a much stronger legal footing against the tech giants as a Florida resident. Florida Republicans did not pass such a bill — and a federal judge blocked the bill they did pass.