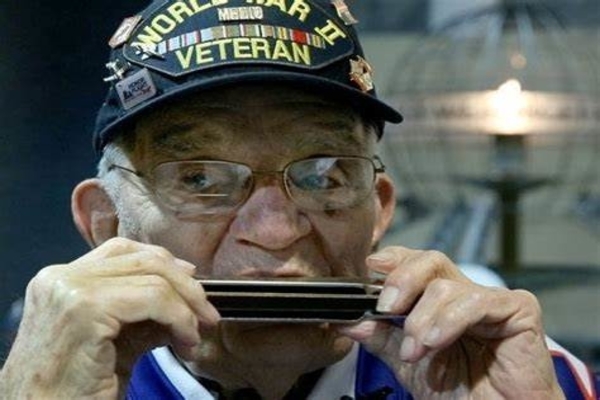 On Monday, just before the USWNT played Mexico in their final send-off game before the Tokyo Olympics.

The full version can be seen here:

The USWNT protest was not the first of U.S. athletes who have snubbed the flag as they qualify for the Olympics. Pete DuPré is the veteran playing the harmonica; he has gained notoriety playing the anthem all over the country at sporting events. In late June, Gwen Berry – hammer thrower- also turned from the flag as the national anthem played.

A Twitter account representing the U.S Soccer team has denied the video shows the players disrespecting the veteran.

The video shows some players looked away from the flag with their hands behind their backs, facing the back of the WWII vet as he played.