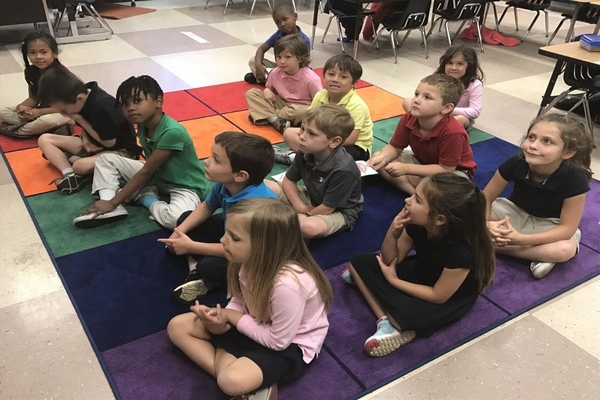 A Twitter user, however, posted Josh Thompson’s video to Libs of Tik Tok on Monday.

PBIS helps teachers and administrators learn about and implement new techniques that reduce disruptive student behavior, which typically leads to office referrals, in school suspensions, and out-of-school suspensions that decrease instructional time for students. Based on extensive research, PBIS utilizes a positive approach to discipline. PBIS ultimately impacts the very culture of the school to shift attention to positive behavior and successful learning systems for children, teachers and administrators.

A rainbow flag is featured in the background of Thompson’s video. “I stated that ‘PBIS is white supremacy with a hug,’ and a lot of y’all wanted to know more about that, so, here we go,” Tompson said.

Thompson is heard saying in the video:

So, if PBIS concerns itself with positive behaviors, we have to ask ourselves, okay, well, what are those positive behaviors? And it’s things like making sure that you’re following directions, making sure that you’re sitting quietly, and you are in your seat, and all these things that come from white culture. The idea of just sitting quiet and being told stuff and taking things in in a passive stance is not a thing that’s in with many cultures. So, if we’re positively enforcing these behaviors, we are, by extension, positively enforcing elements of white culture, which, therefore, keeps whiteness at the center, which is the definition of white supremacy.

“Josh Thompson, a high school English teacher in Blacksburg, Virginia, envisions an education system that actively advocates for social and racial justice,” NEA wrote in June 2020, introducing his piece in which he discussed “growing up as a closeted gay kid.”

“Schools are political,” Thompson wrote. “Teaching has always been political by choosing what you add into your curriculum and what you keep out.”

According to Fox News, the Montgomery County Public Schools (MCPS) said about Thompson’s video, “A teacher is entitled to their personal belief regarding any division program.”

“The statements made by this teacher do not reflect our PBIS program or the behavioral expectations that we have of students in our schools,” the district said, adding, “MCPS has used PBIS in our schools for eight years. We are proud of our PBIS work. This work helps create a standard for social-emotional learning and behavior expectations in the school building.”

There was criticism for the video; one said Thompson should be fired while urging parents to homeschool their children.

In another video, Thompson describes “whiteness” as a “racial ideology”:

This is an idea that I think a lot of people have, and I want to call that in lovingly just for a moment. Yes, America contains many cultures and many races. That is not wrong. However, the problem comes when we don’t think about his idea, argument in a racialized way when it comes to power and power dynamics. In America, as in many other parts of the Western world, whiteness is the dominant racial ideology. So, when we think of power in terms of race, whiteness has the most power.

“So, while there are people of many different races and cultures living in America, the fact that whiteness is the dominant racialized power structure, that is the problem,” he said. “And that is why we have to involve race in all of our arguments and considerations.”